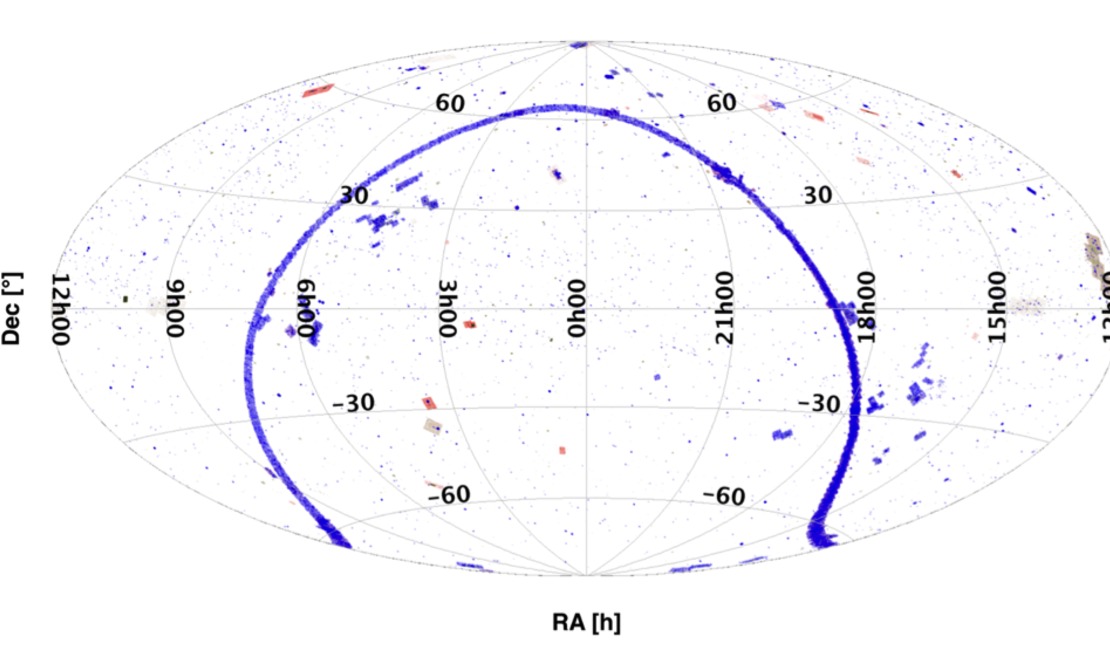 The distribution of the detected sources in the Herschel/PACS Point Source Catalog across the sky.

The PACS instrument onboard Herschel mapped ~8% of the far-infrared sky. The broad-band filters were centered at 70, 100 and 160 m, allowing an angular resolution of 5.6, 6.8 and 11.3, respectively. A total number of 14,842 PACS maps were searched for catalogue sources, which were obtained as part of 430 different observing proposals, all performed in standard observing modes, but with a wide variety of science goals.