The Herschel Space Observatory's mission was designed to unveil a face of the early Universe that has remained hidden until now. Thanks to its ability to detect radiation at far infrared and sub-millimetre wavelengths, Herschel was able to observe dust obscured and cold objects that are invisible to other telescopes.

Herschel's major objective included discovering how the first galaxies formed and how they evolved to give rise to present day galaxies like our own. Additional targets for Herschel included clouds of gas and dust where new stars are being born, disks out of which planets may form and cometary atmospheres packed with complex organic molecules.

What is the Herschel Space Observatory?

The Herschel Space Observatory was a space-based telescope that studied the Universe by the light of the far-infrared and submillimeter portions of the spectrum. It revealed new information about the earliest, most distant stars and galaxies, as well as those closer to home in space and time. It also provided a unique look at our own solar system.

Herschel was the fourth Cornerstone mission in the European Space Agency's Horizon 2000 program. Ten countries, including the United States, participated in its design and implementation. Herschel was launched in May 2009, with an expected to lifetime of at least three years.

The end of the cryogenic phase of the Herschel mission was declared on 29 April 2013 at 15:20:01 (UTC). At this time, an increase in the temperature of the Herschel Space Observatory was confirmed by the sensors on-board the spacecraft, indicating the exhaustion of the liquid Helium in the cryostat. On 2013 June 18 the Herschel spacecraft was turned off for the last time, ending the operational phase of the mission. 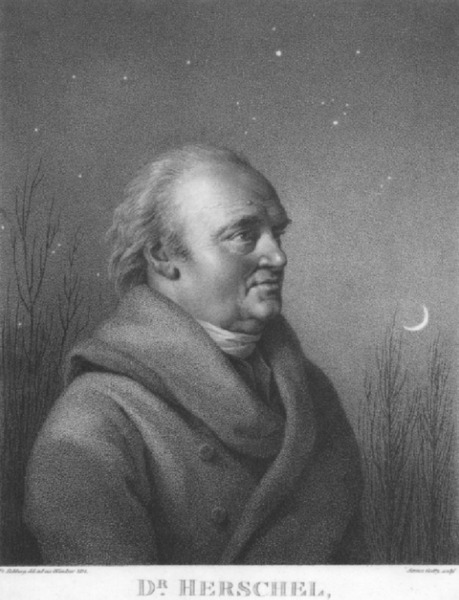 Originally called "FIRST," for "Far InfraRed and Submillimetre Telescope," the spacecraft was renamed for Britain's Sir William Herschel, who discovered in 1800 that the spectrum extends beyond visible light into the region that we today call "infrared."

Herschel's namesake gives scientists their most complete look so far at the large portion of the Universe that radiates in far-infrared and submillimeter wavelengths.

With a primary mirror 3.5 meters in diameter, Herschel was the largest infrared telescope sent into space as of its launch date. It focussed light onto three instruments called HIFI, SPIRE, and PACS, which enable Herschel to be the first spacecraft to observe in the full 60-670 micron range.

More Than Meets the Eye

The far-infrared and submillimeter wavelengths at which Herschel  observed are considerably longer than the familiar rainbow of colors that the human eye can perceive. Yet, this is a critically important portion of the spectrum to scientists because it is the frequency range at which a large part of the universe radiates.
Much of the Universe consists of gas and dust that is far too cold to radiate in visible light or at shorter wavelengths such as x-rays. However, even at temperatures well below the most frigid spot on Earth, they do radiate at far-infrared and submillimeter wavelengths.

Stars and other cosmic objects that are hot enough to shine at optical wavelengths are often hidden behind vast dust clouds that absorb the visible light and reradiate it in the far-infrared and submillimeter.

There's a lot to see at these wavelengths, and much of it has been virtually unexplored. Earthbound telescopes are largely unable to observe this portion of the spectrum because most of this light is absorbed by moisture in the atmosphere before it can reach the ground. Previous space-based infrared telescopes have had neither the sensitivity of Herschel's large mirror, nor the ability of Herschel's three detectors to do such a comprehensive job of sensing this important part of the spectrum.

Two-thirds of Herschel's observation time was available to the world scientific community, with the remainder reserved for the spacecraft's science and instrument teams.

Herschel and Planck spent their first four months traveling about 1.5 million kilometers (about 931,000 miles, roughly four times the distance of the moon) from earth, in the opposite direction from the sun. During that journey, they were calibrated and checked out to make sure they're in perfect working order.
Each spacecraft then entered into a separate orbit around the Earth-Sun L2 point, a relatively stable location where the gravitational pulls of the Earth and the Sun combine to keep spacecraft in a uniform position relative to Earth as they orbit the sun.

As it orbits L2 at an amplitude of about 700,000 km, Herschel's distance from Earth varied from 1.2 to 1.8 million km. Small correction maneuvers were performed each month to compensate for drift.

With its back to the Earth, Moon, and Sun, Herschel's telescope pointed outward into the Universe without interference from the strong infrared radiation these bodies emit. It focussed light onto three instruments:

Keeping HIFI, SPIRE, and PACS at a temperature near absolute zero was critical to Herschel's mission for two reasons: the detectors work only at very low temperatures, and heat from the instruments could drown out the faint far-infrared and submillimeter light they were designed to detect. Maintaining that ultra cold temperature depends on the superfluid helium that serves as the coolant.

The cryostat that houses the instruments was expected to hang on to enough coolant to enable Herschel to perform its scientific observations for at least three years.

Herschel offered about 7,000 hours of science time per year.

Communication with the spacecraft, to receive data and convey instructions, was done via the ground station in Perth, Australia.