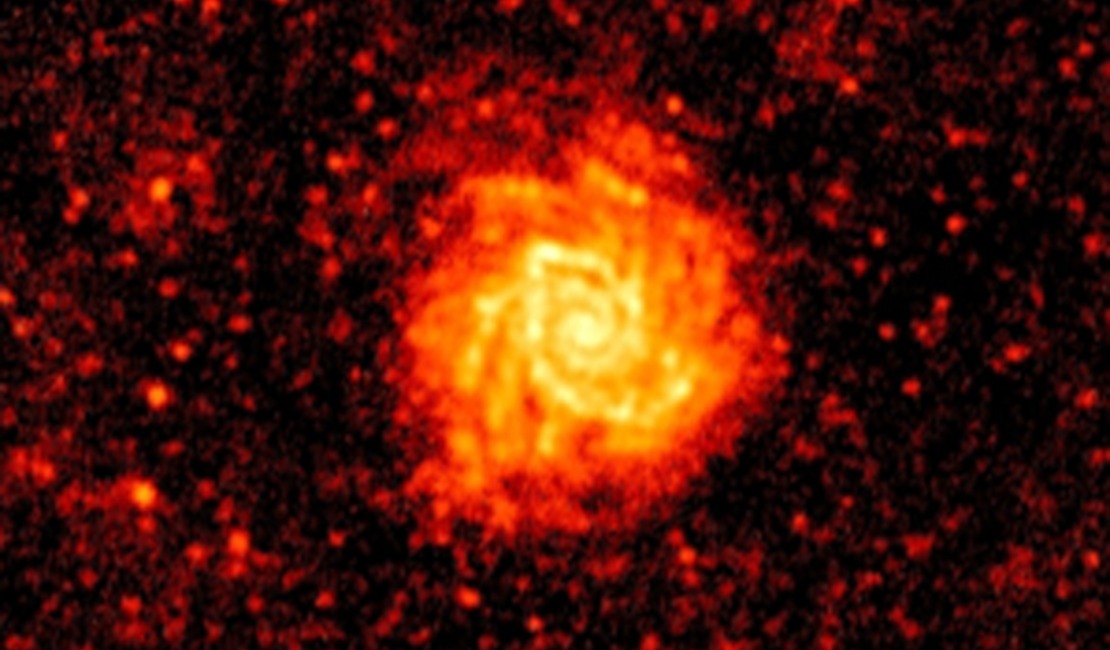 On 24 June 2009, SPIRE recorded its first images during the in-orbit commissioning phase of the Herschel mission. This picture, made before fine-tuning or in-orbit final calibration was performed, shows a SPIRE image of the galaxy M74 at a wavelength of 250 microns. The image traces emission by dust in clouds where star formation are active, and the nucleus and spiral arms show up clearly. Dust is part of the interstellar material fuelling star formation, and this image effectively shows the reservoirs of gas and dust that are available to be turned into stars in the galaxy. Significantly, the image frame is also filled with many other galaxies which are much more distant and only show up as point sources. There are also some extended structures, possibly due to clouds of dust in our own galaxy.

M74 (also known as NGC 628) is a face-on spiral galaxy located about 24 million light-years from Earth in the constellation Pisces. Visible light, produced mainly by the stars within the galaxy, reveals a bright nucleus and well-defined spiral arms that contain many small, bright regions where young massive stars have formed recently. The submillimetre SPIRE image traces the cold dust between the stars, and the spiral arms appear much more enhanced. This galaxy also contains many faint dots that are actually distant galaxies in the background and dust radiating at submillimetre wavelengths but are too distant for the structure in the galaxies to be resolved. 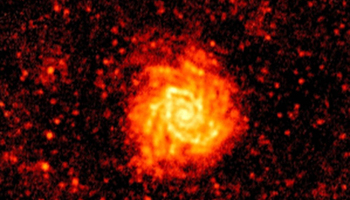