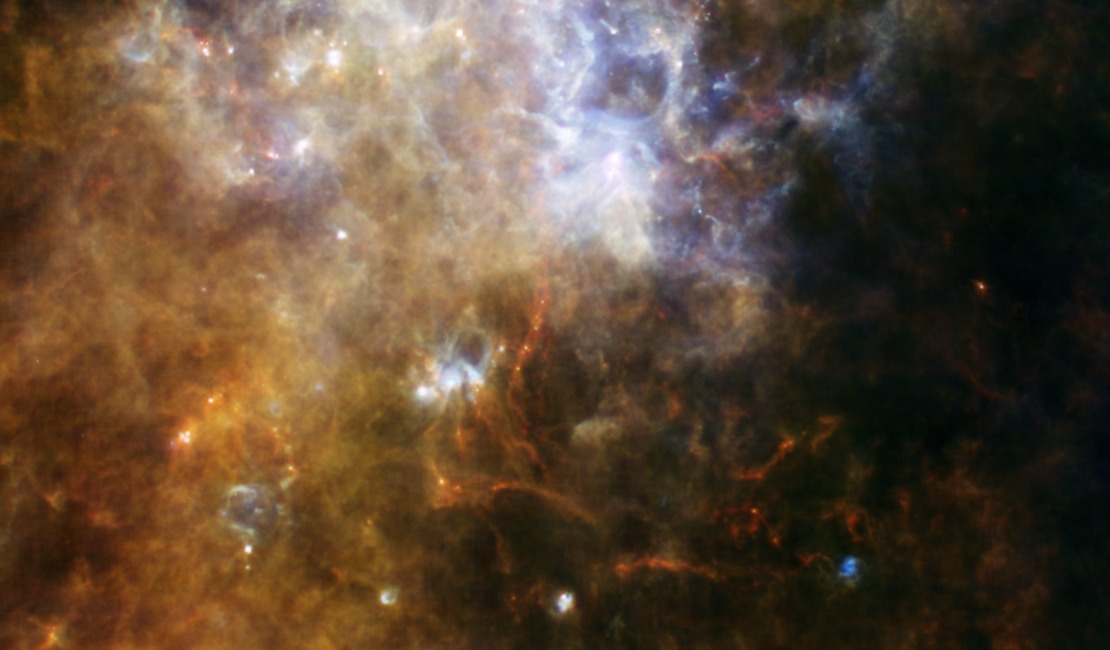 Some of the coldest and darkest dust in space shines brightly in this infrared image from the Herschel Observatory, a European Space Agency mission with important participation from NASA. The image is a composite of light captured simultaneously by two of Herschel's three instruments -- the photodetector array camera and spectrometer, and its spectral and photometric imaging receiver.

The image reveals a cold and turbulent region where material is just beginning to condense into new stars. It is located in the plane of our Milky Way galaxy, 60 degrees from the center. Blue shows warmer material, red the coolest, while green represents intermediate temperatures. The red filaments are made up of the coldest material pictured here -- material that is slightly warmer than the coldest temperature theoretically attainable in the universe.

Light captured by the photodetector array camera and spectrometer is colored blue and green (blue represents 70-micron light, and green, 160-micron light). The light detected by the spectral and photometric imaging receiver is colored red (and shows the combined wavelengths of 250, 350 and 500 microns). The image spans a region 2.1 by 2.2 degrees. 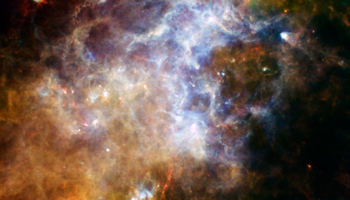 Herschel's Multi-Hued View of the Sky 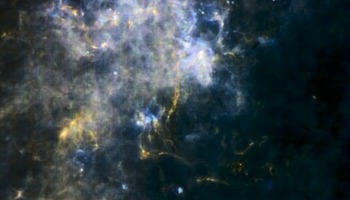 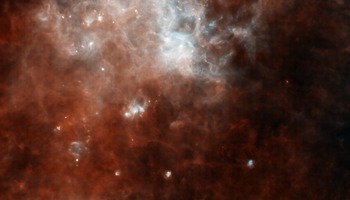