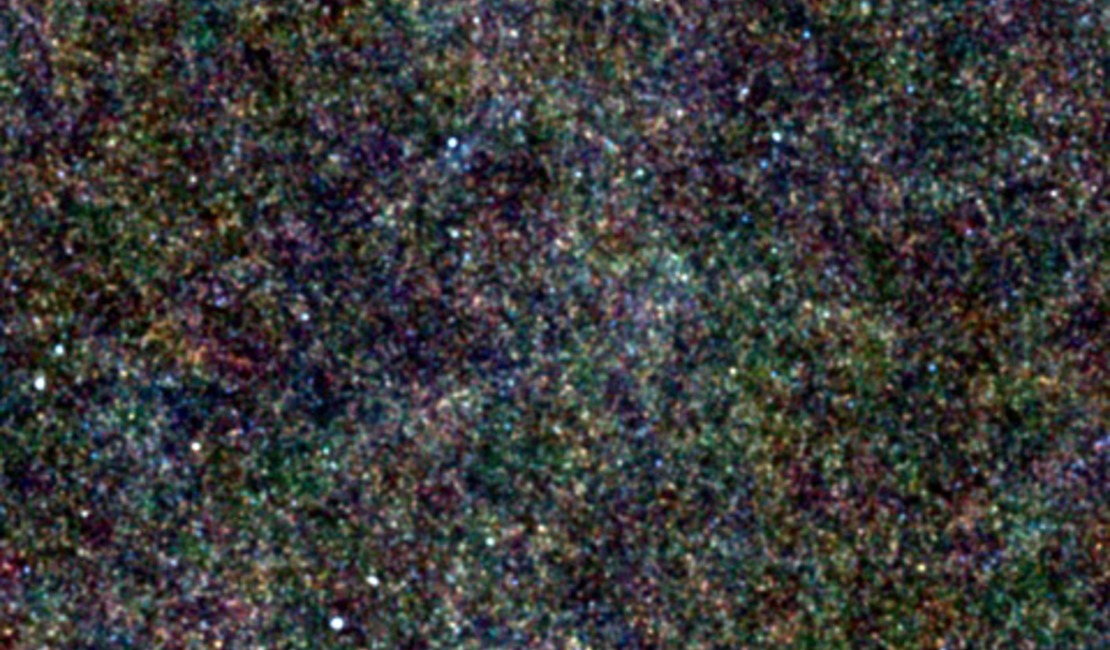 A region of the sky called the "Lockman Hole", located in the constellation of Ursa Major, is one of the areas surveyed in infrared light by the Herschel Space Observatory. All of the little dots in this picture are distant galaxies. The pattern of their collective light is what's known as the cosmic infrared background. By studying this pattern, astronomers were able to measure how much dark matter it takes to create a galaxy bursting with young stars.

Almost every dot in the image is an entire galaxy, each containing billions of stars and appearing as they did 10-12 billion years ago, when the Universe was only a couple of billion years old. The blue, green and red colours represent the three far-infrared wavelengths used for Herschel's observations: 250, 350 and 500 micron, respectively. The galaxies shown in white have equal intensity in all three wavebands and are the ones forming the most stars.

Regions like this one are almost completely devoid of objects in our Milky Way galaxy, making them ideal for astronomers studying galaxies in the distant universe. 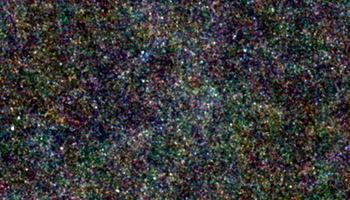