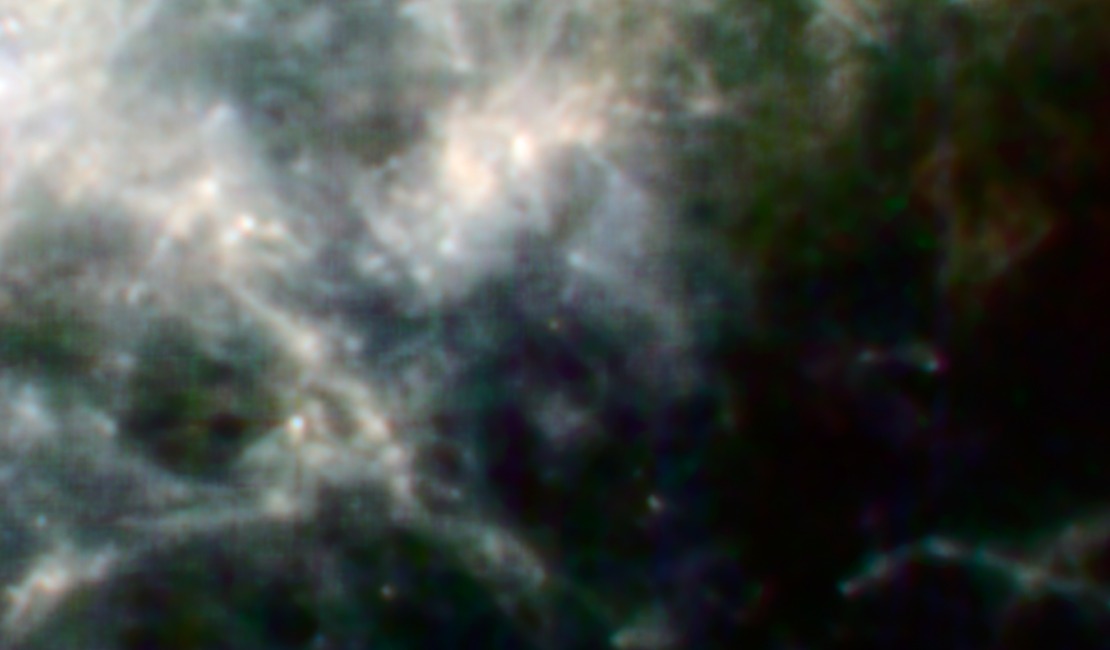 Herschel sees infrared and submillimeter light, much longer in wavelength than the visible light Hubble detects. For this reason, this picture of the supernova is not as sharp, appearing only as a fuzzy dot inside the circle. But that dot represents an important discovery of vast reservoirs of cold dust around SN 1987A. Herschel can see very cold material -- the colder something is, the longer the wavelengths of light it emits.

The finding demonstrates that supernova can indeed create copious amounts of fresh dust, and likely are the primary source of dust in the very early universe.

This image also shows filamentary structures surrounding the region of SN 1987A. These are from cold dust, as cold as 10 to 20 Kelvin (minus 442 to minus 423 degrees Fahrenheit), filling the space between the stars. The dust in the interstellar space may have originally formed in past explosions of other supernovae.

SN 1987A is located in the Large Magellanic Cloud, a satellite galaxy to our own Milky Way. SN 1987A is the one of the closest supernovae monitored by humans for the last 400 years. It has provided astronomers with an opportunity to understand how a star dies and changes shape over 20 years.

This image was taken by the Photodetector Array Camera and Spectrometer, and the Spectral and Photometric Imaging Receiver, at wavelengths of 100, 160 and 250 microns, which are just about one-tenth to one-quarter of a millimeter. 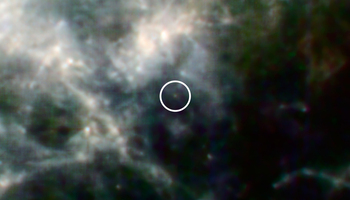 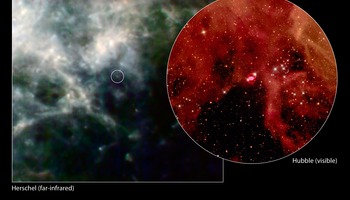 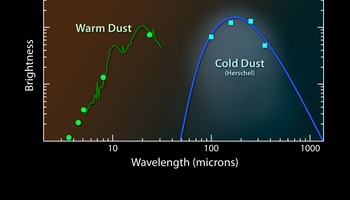