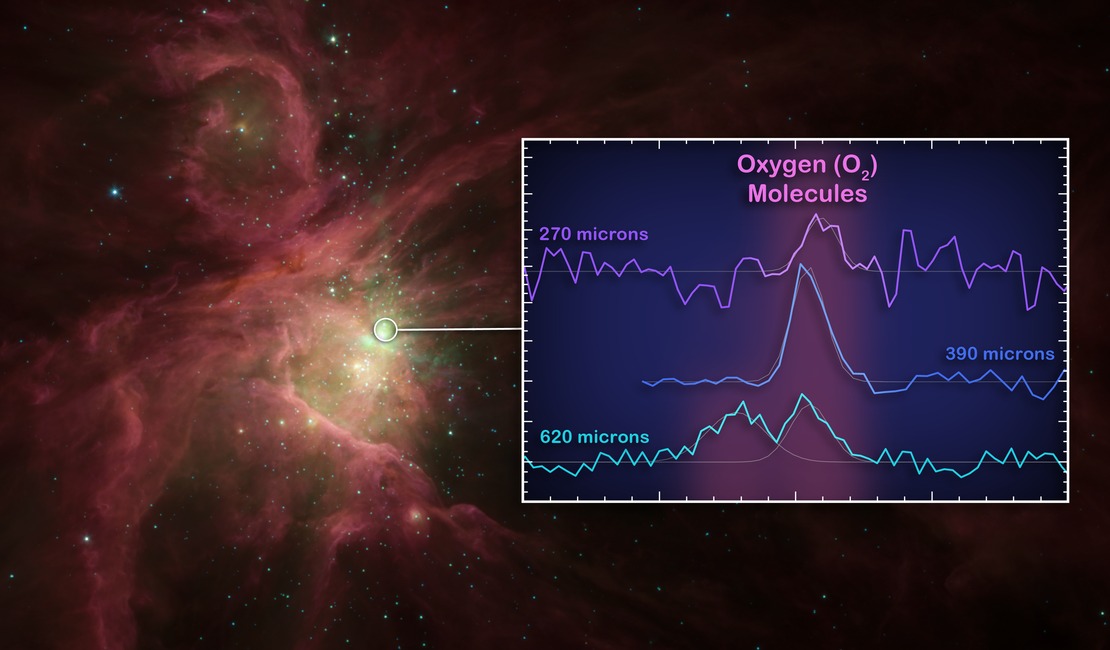 This graphic illustrates where astronomers at last found oxygen molecules in space -- near the star-forming core of the Orion nebula. The molecules, whose presence had been hinted at in space before, were definitively confirmed using the Herschel Space Observatory, a European Space Agency mission with important NASA contributions.

Herschel's heterodyne instrument for the far infrared, developed in part at NASA's Jet Propulsion Laboratory in Pasadena, Calif., was used to split light from a specific region of the Orion nebula apart into its different submillimeter wavelengths. Astronomers display this information in plots, called spectra, which reveal the fingerprints of molecules. In this case, they recognized three distinct fingerprints of oxygen molecules, as displayed in the spectrum pictured here. The three lines show different ranges of wavelengths, with the signatures of oxygen molecules highlighted in pink.

The picture of Orion was taken by NASA's Spitzer Space Telescope at infrared wavelengths. 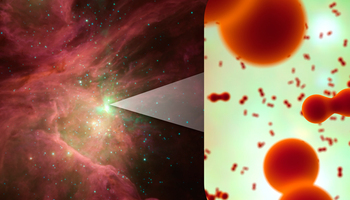 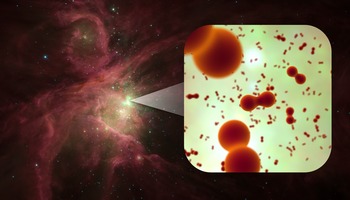