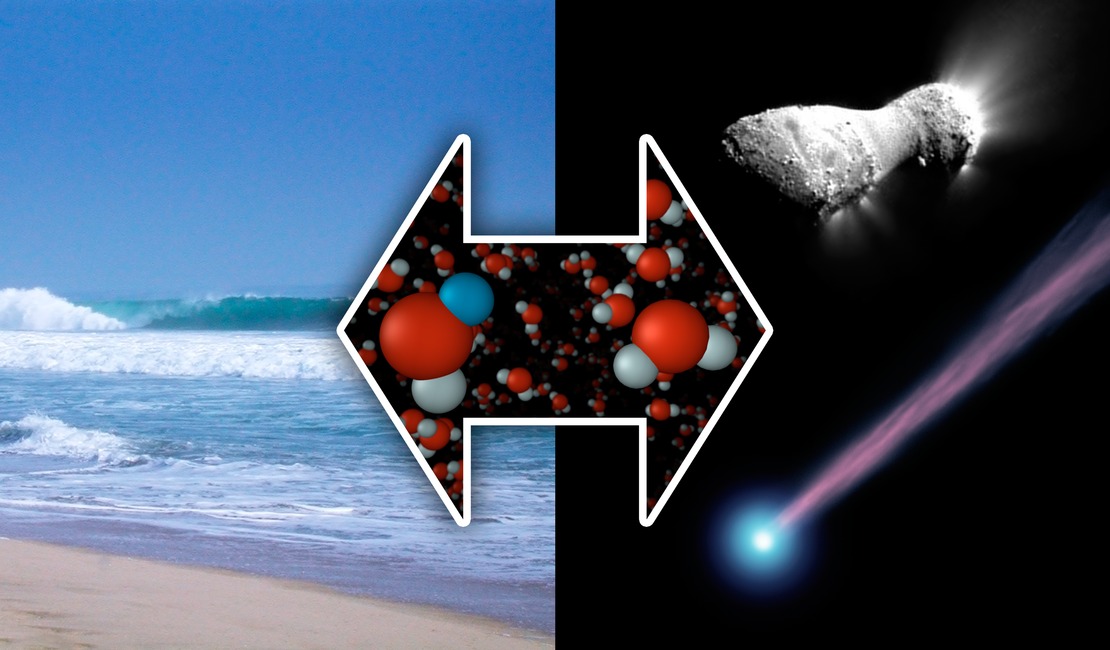 The Same Here as There

New measurements from the Herschel Space Observatory have discovered water with the same chemical signature as our oceans in a comet called Hartley 2 (pictured at right). Previously, astronomers thought icy comets impacting on a young Earth had deposited only about 10 percent of the water comprising our oceans. The new findings, however, suggest that comets played a much bigger role.

The image of comet Harley 2 at top right was taken by NASA's EPOXI mission. The image at bottom right is an artist's concept of a comet. 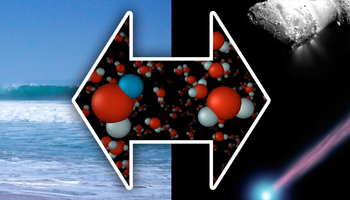 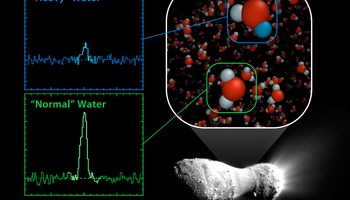