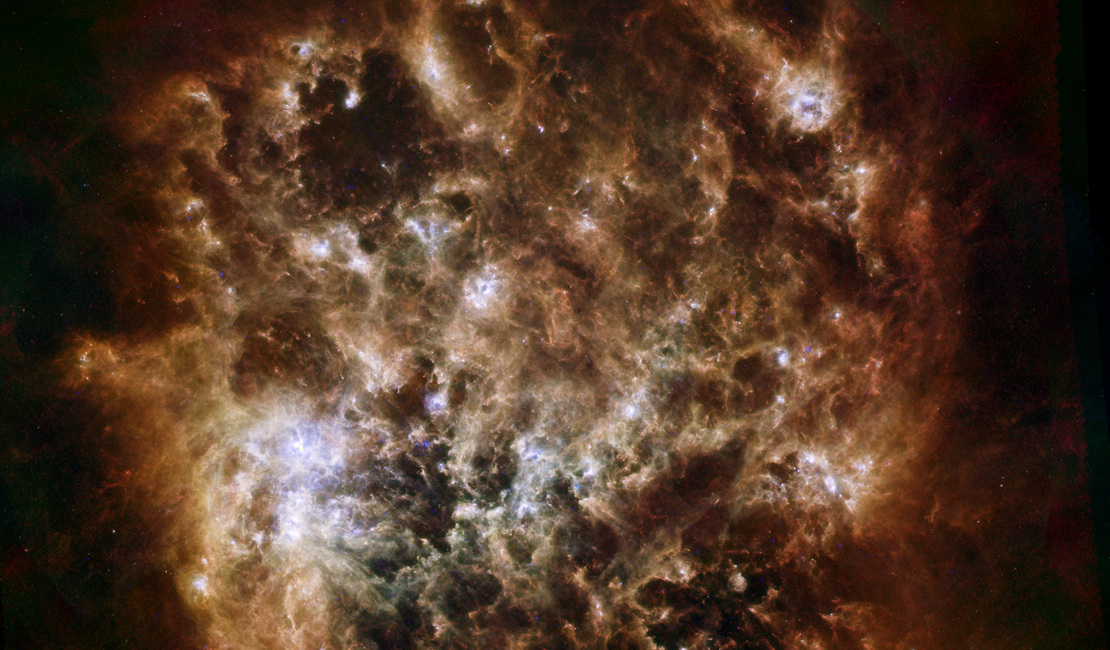 This new image shows the Large Magellanic Cloud galaxy in infrared light as seen by the Herschel Space Observatory, a European Space Agency-led mission with important NASA contributions, and NASA's Spitzer Space Telescope. In the instruments' combined data, this nearby dwarf galaxy looks like a fiery, circular explosion. Rather than fire, however, those ribbons are actually giant ripples of dust spanning tens or hundreds of light-years. Significant fields of star formation are noticeable in the center, just left of center and at right. The brightest center-left region is called 30 Doradus, or the Tarantula Nebula, for its appearance in visible light.

The colors in this image indicate temperatures in the dust that permeates the Cloud. Colder regions show where star formation is at its earliest stages or is shut off, while warm expanses point to new stars heating surrounding dust. The coolest areas and objects appear in red, corresponding to infrared light taken up by Herschel's Spectral and Photometric Imaging Receiver at 250 microns, or millionths of a meter. Herschel's Photodetector Array Camera and Spectrometer fills out the mid-temperature bands, shown here in green, at 100 and 160 microns. The warmest spots appear in blue, courtesy of 24- and 70-micron data from Spitzer. 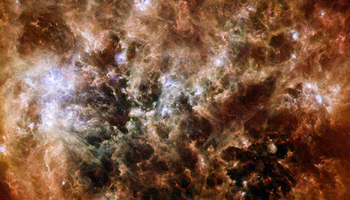 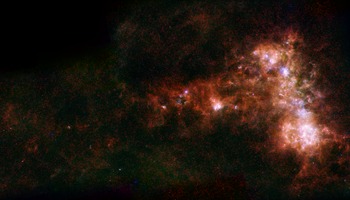