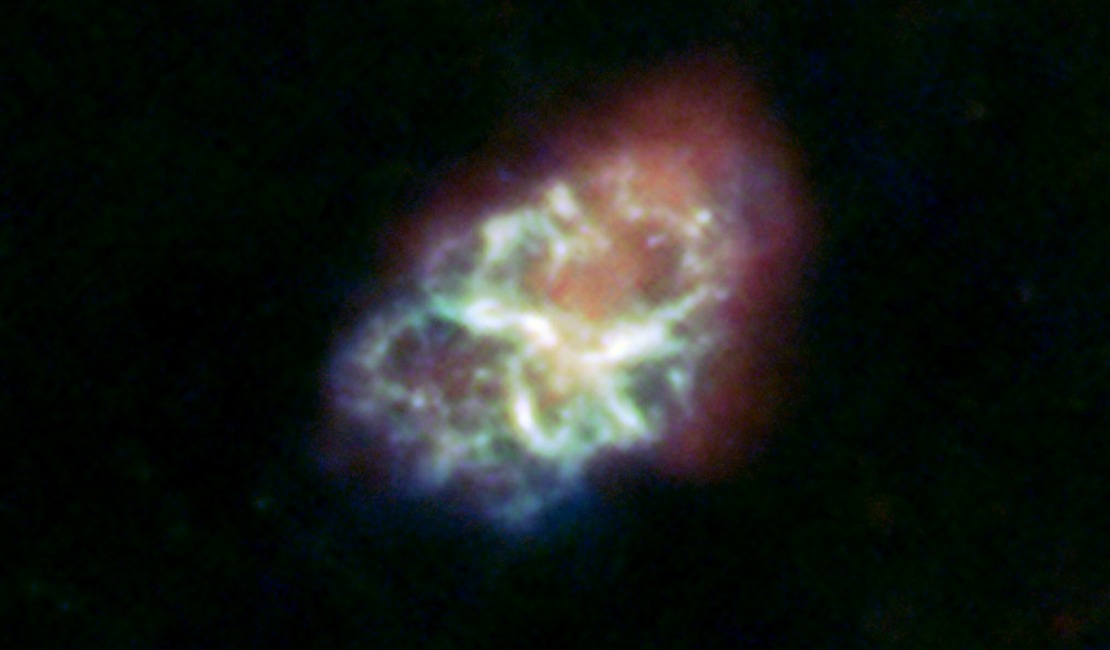 Herschel has produced an intricate view of the remains of a star that died in a stellar explosion a millennium ago. It has provided further proof that the interstellar dust which lies throughout our Galaxy is created when massive stars reach the end of their lives.

The Crab Nebula lies about six and a half thousand light years away from Earth and is the remnant of a dramatic explosion, called a supernova, originally seen by Chinese Astronomers in 1054 AD. Starting out at 12-15 times more massive than the Sun, all that was left after the dramatic death of the star is a tiny, rapidly rotating neutron star and a complex network of ejected stellar material.

The Crab Nebula is well known for its intricate nature, with beautiful filamentary structures seen at visible wavelengths. Now, for the first time, thanks to Herschels exquisite resolution, we can see these filaments of dust in the far-infrared region of the electromagnetic spectrum. After ruling out other sources, astronomers using Herschel showed that these filaments are made of cosmic dust, lying in exactly the same place that we see the densest clumps of supernova ejecta. This provides definitive evidence that the Crab Nebula is an efficient dust factory, containing enough dust to make around 30,000-40,000 planet Earths. The dust is made of a combination of carbon and silicate materials, which are crucial for the formation of planetary systems like our own Solar System.

Previous infrared images of the Crab Nebula, using the Spitzer Space Telescope, used much shorter wavelengths and so only showed the warmer dust. Spitzer found only a tiny amount of dust, simply because it missed the massive reservoir of colder dust now known to exist. Herschel, observing at longer wavelengths, is able to detect both warm and cool dust, some as cold as -260 Celsius, allowing astronomers to measure the total mass of dust for the first time.

Large amounts of dust have been seen in supernova remnants before, but the Crab Nebula is particularly exciting as it provides the the cleanest view of what is going on. Unlike many other remnants there is almost no dusty Galactic material in front of or behind the Crab Nebula, so the image is uncontaminated by material in between it and the Earth. This also allows astronomers to rule out the possibility that the dust was swept up as the shockwave expanded throughout the surrounding region.

In most supernova remnants, much of the dust is destroyed as it ploughs into the surrounding interstellar gas and dust, crushed by violent shockwaves. A final treat is that the Crab Nebula is a much kinder environment for dust grains, so the dust does not seem to be destroyed. This may be the first observed case of dust being freshly-cooked in a supernova and surviving its outward journey carried along by the shock wave. We now have definitive evidence that supernovae created the raw materials for the first solid particles, the building blocks of rocky planets and life itself, in a blink of an eye. 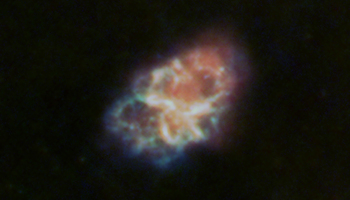