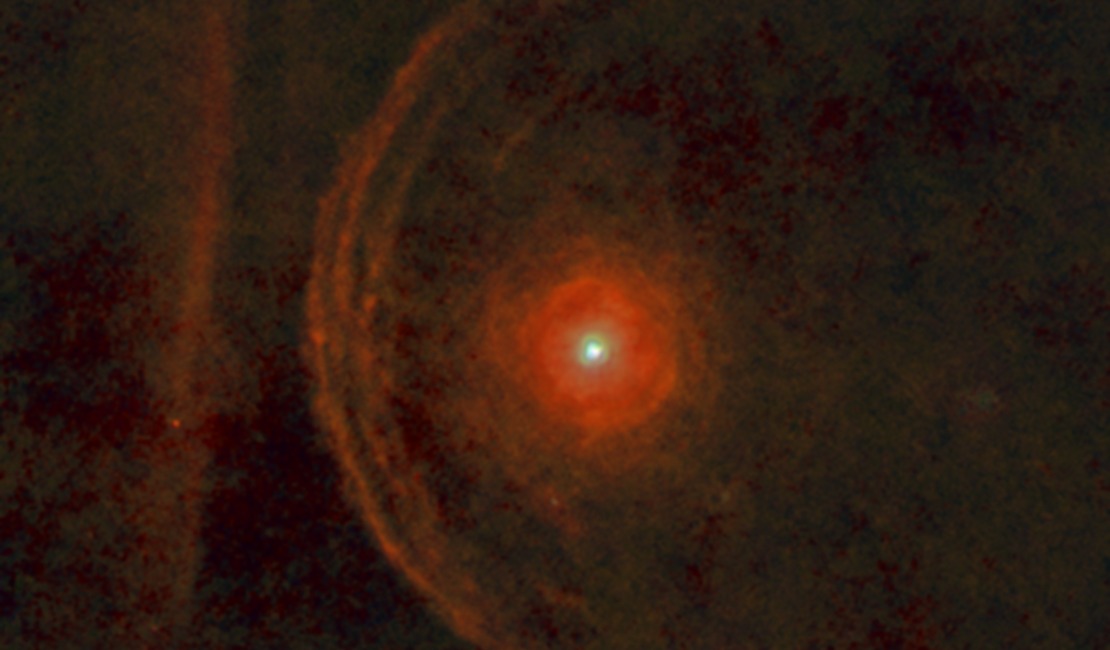 The red supergiant star Betelgeuse is seen here in a new view from the Herschel Space Observatory, a European Space Agency mission with important NASA participation.

Betelgeuse (center) is surrounded by a clumpy envelope of material in its immediate vicinity. The arcs to the left are material ejected from the star as it evolved into a red supergiant, and were shaped by its bow shock interaction with the interstellar medium. A faint linear bar of dust is illuminated at left, and may represent a dusty filament connected to the local galactic magnetic field, or the edge of an interstellar cloud. If so, then Betelgeuse's motion across the sky implies that the arcs will hit the wall in 5,000 years time, with the star itself colliding with the wall 12, 500 years later.

This image was taken by Herschel's Photodetecting Array Camera and Spectrometer (PACS). 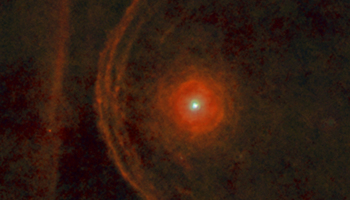