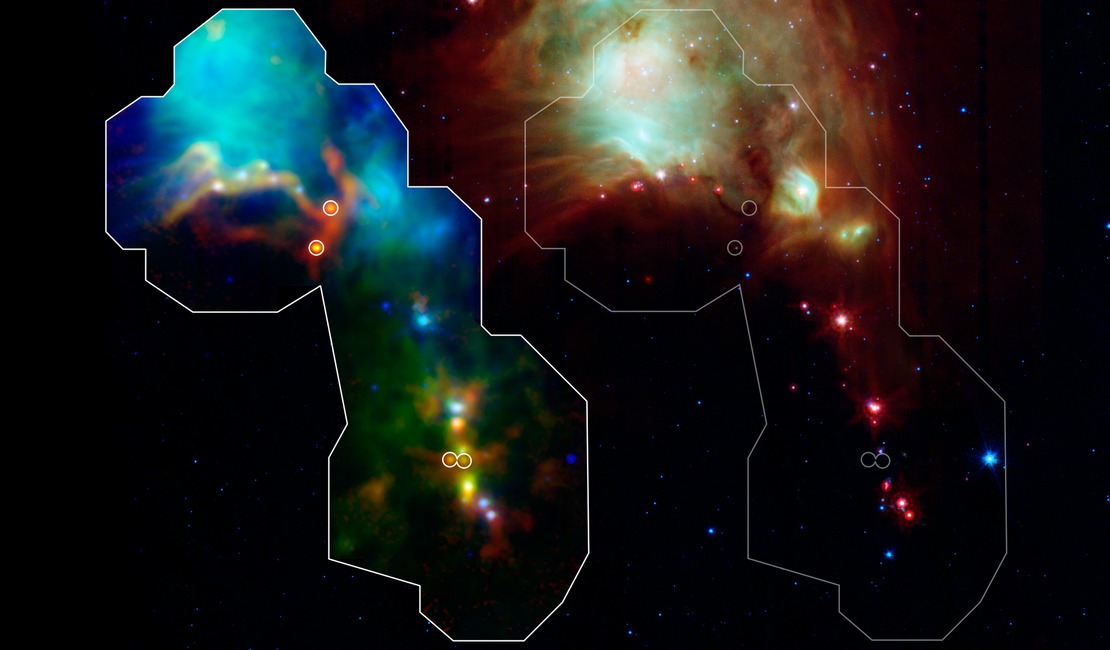 Astronomers have found some of the youngest stars ever seen thanks to the Herschel space observatory, a European Space Agency mission with important NASA contributions. Dense envelopes of gas and dust surround the fledging stars known as protostars, making their detection difficult until now. The discovery gives scientists a window into the earliest and least understood phases of star formation.

The new results come from the Herschel Orion Protostar Survey (HOPS), led by the University of Toledo. HOPS has looked at the vast stellar nursery in the Orion Molecular Cloud Complex, the biggest site of star formation near our solar system, located in the constellation of Orion.

A portion of the survey is shown here in two side-by-side images of the same region around the nebula Messier 78 where several of 15 new protostars were found. Herschel detected the extremely young protostars -- indicated in the image by the four circles -- that were too cold to be picked up in previous scans of the area by NASA's Spitzer Space Telescope. Radio wave observations from the Atacama Pathfinder Experiment (APEX) telescope in Chile, a collaboration between the Max Planck Institute for Radio Astronomy in Germany, the Onsala Space Observatory in Sweden and the European Southern Observatory in Germany, further confirmed the newfound protostars' presence.

On the left the nebula Messier 78 is shown in a three-color composite from the three telescopes just mentioned. In green is the 160-micron, far-infrared light collected by Herschel's Photodetector Array Camera and Spectrometer (PACS). Appearing in blue is 24-micron light from Spitzer. Finally, 870-micron radio wave light gathered by APEX glows red. 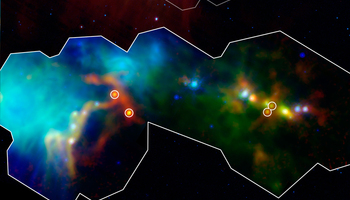 Herschel Discovers Some of the Youngest Stars Ever Seen