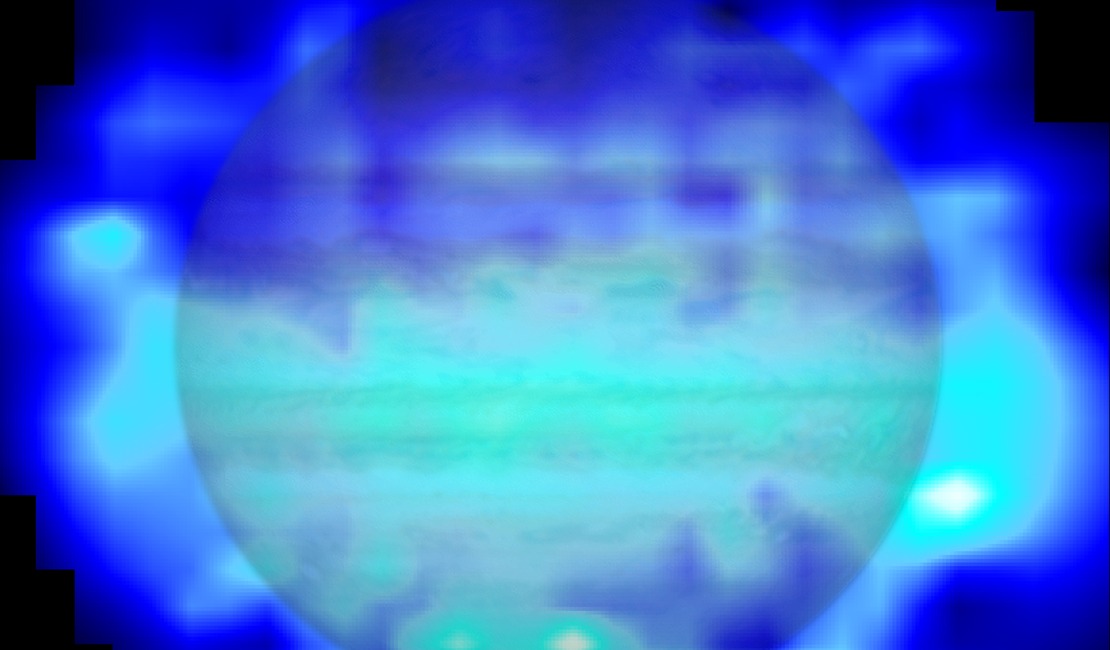 This map shows the distribution of water in the stratosphere of Jupiter as measured with the Herschel space observatory. White and cyan indicate highest concentration of water, and blue indicates lesser amounts. The map has been superimposed over an image of Jupiter taken at visible wavelengths with the NASA/ESA Hubble Space Telescope.

The distribution of water clearly shows an asymmetric distribution across the planet: water is more abundant in the southern hemisphere. Based on this and other clues collected with Herschel, astronomers have established that at least 95 percent of the water currently present in Jupiter's stratosphere was supplied by comet Shoemaker-Levy 9, which famously impacted the planet at intermediate southern latitudes in 1994.

The map is based on spectrometric data collected with the Photodetecting Array Camera and Spectrometer (PACS) instrument on board Herschel around 66.4 microns, a wavelength that corresponds to one of water's many spectral signatures. 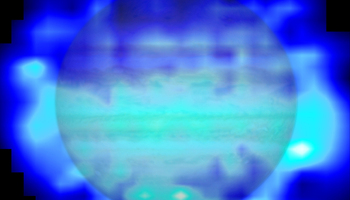 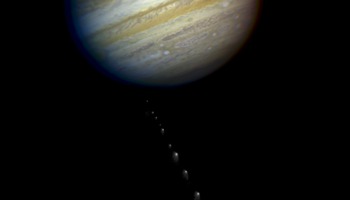