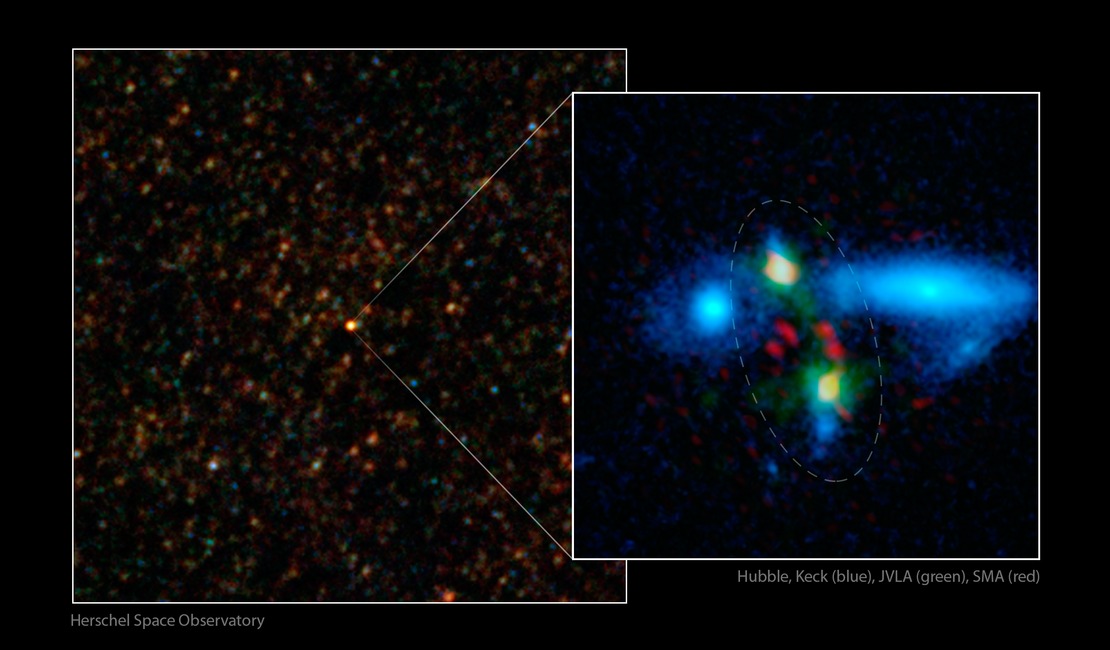 The Making of a Giant Galaxy

Several telescopes have teamed up to discover a rare and massive merging of two galaxies that took place when the universe was just 3 billion years old (its current age is about 14 billion years). The galaxies, collectively called HXMM01, are churning out the equivalent of 2,000 suns a year. By comparison, our Milky Way hatches about two to three suns a year. The total number of stars in both colliding galaxies averages out to about 400 billion suns.

The Herschel Space Observatory first spotted the colliding duo in images taken with longer-wavelength infrared light, as shown in the image at left. Follow-up observations from many telescopes helped determine the extreme degree of star-formation taking place in the merger, as well as its incredible mass.

The image at right shows a close-up view, with the merging galaxies circled. The red data are from the Smithsonian Astrophysical Observatory's Submillimeter Array atop Mauna Kea, Hawaii, and show dust-enshrouded regions of star formation. The green data, taken by the National Radio Astronomy Observatory's Very Large Array, near Socorro, N.M., show carbon monoxide gas in the galaxies. In addition, the blue shows starlight.

The blue blobs outside of the circle are galaxies located much closer to us. These near-infrared light observations are from NASA's Hubble Space Telescope and the W.M. Keck Observatory atop Mauna Kea, Hawaii. 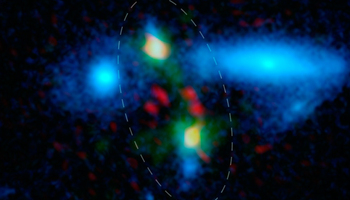 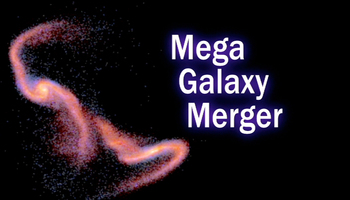