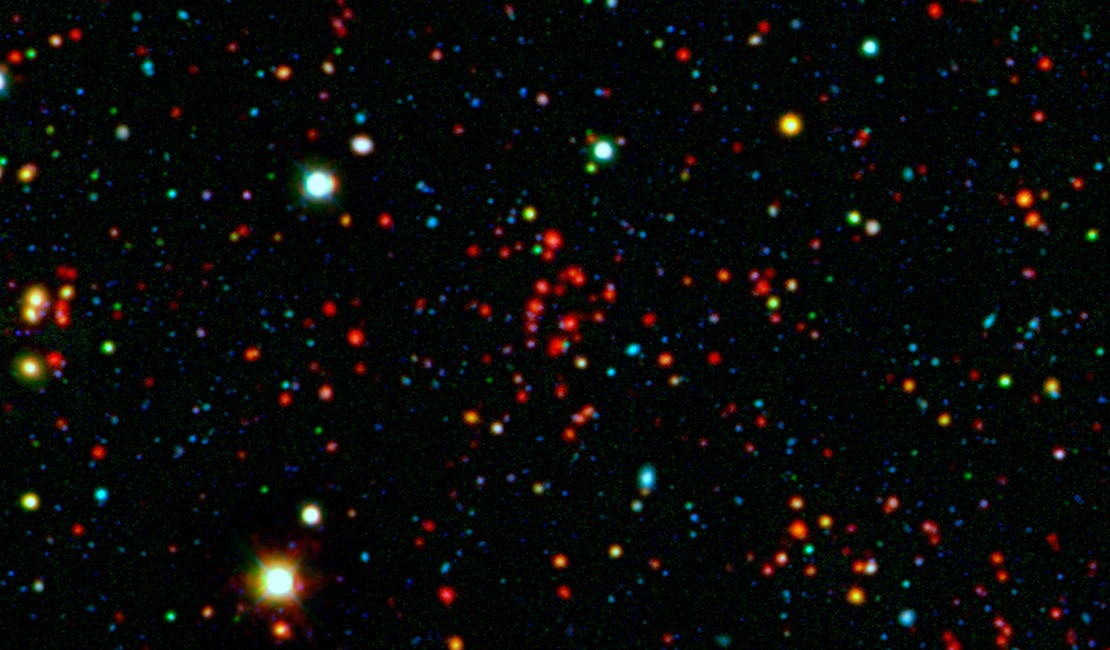 The large white and yellow dots in this picture are stars in our galaxy, while the rest of the smaller dots are distant galaxies. The cluster, comprised of red dots near the center, includes more than 100 massive galaxies.

Spitzer was able to capture prodigious levels of star formation occurring in the galaxies that live in this cluster. Some of them are forming stars hundreds of times faster than our own Milky Way galaxy.

Infrared light in this image has been colored red; and visible light, blue and green. 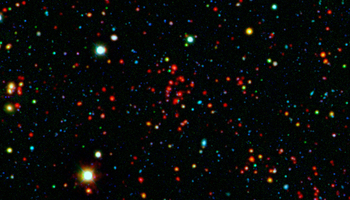 The Rise and Fall of Galactic Cities