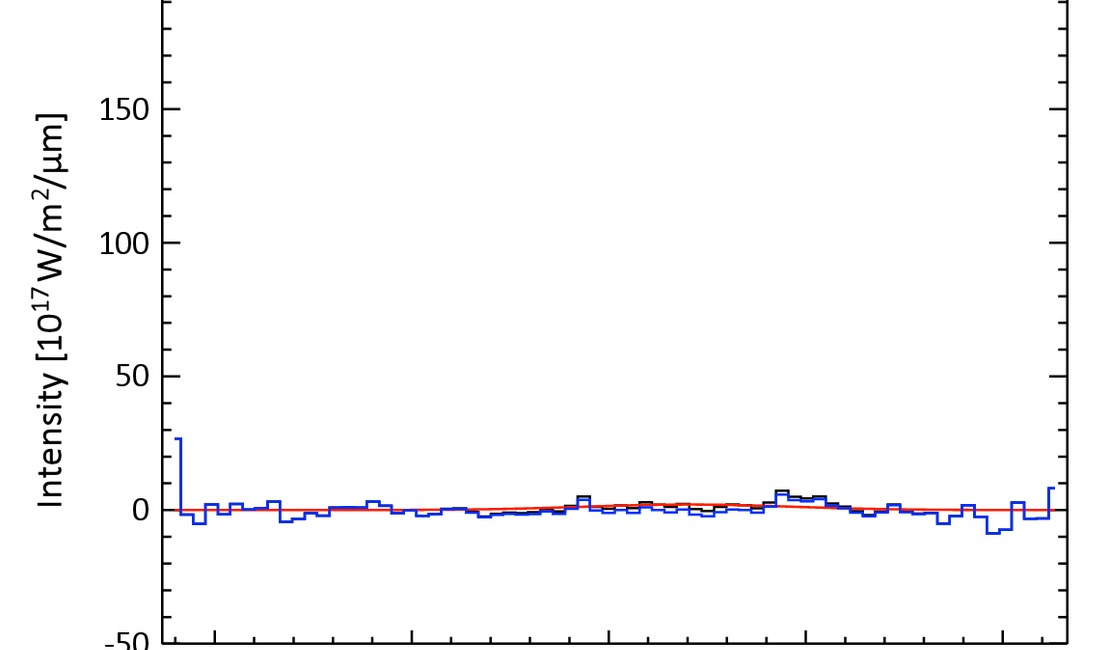 This graph shows a spectrum of the giant elliptical galaxy NGC 1399 taken with ESA's Herschel Space Observatory at far-infrared wavelengths.

The absence of the characteristic emission line from ionised carbon at a rest wavelength of 157 microns suggests that this galaxy lacks in cold gas.

This spectrum is part of a study of giant elliptical galaxies to figure out why galaxies of this type do not form stars. The data collected with Herschel showed that, contrary to previous belief, most of these galaxies contain plenty of cold gas the raw material to form stars except NGC 1399 and another one.

A multi-wavelength study suggests that, while hot gas cools down in these galaxies, stars do not form because of feedback from the central supermassive black hole, which heats up the gas again or pushes it beyond the galaxy's reach.

For most galaxies that they observed, the activity of the black hole seems to have put an end to star formation but has not yet succeeded in clearing them of all their cold gas, but in the case of NGC 1399 the feedback cycle appears to be at a more advanced stage, as the jets have hardly left any trace of cold gas. 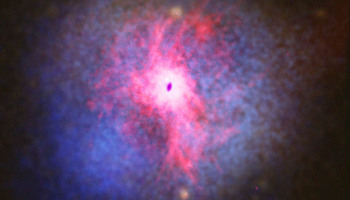 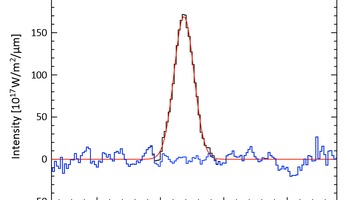 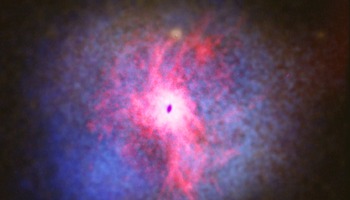 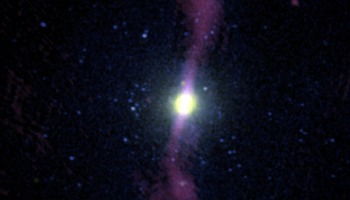