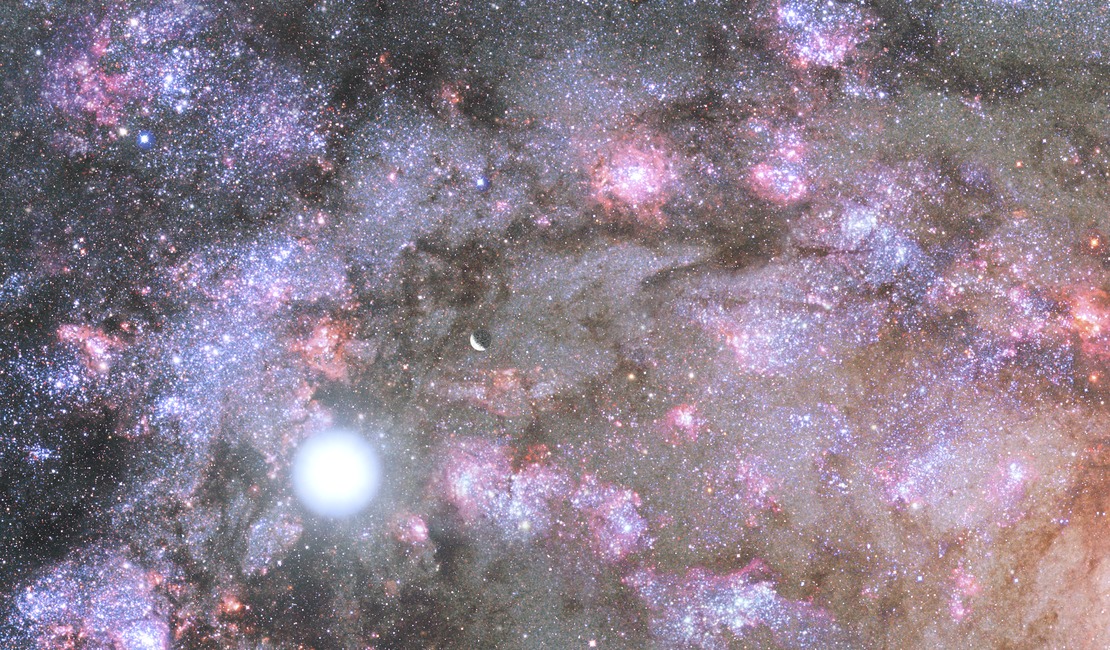 This illustration reveals the celestial fireworks deep inside the crowded core of a developing galaxy, as seen from a hypothetical planetary system consisting of a bright, white star and single planet. The sky is ablaze with the glow from nebulae, fledgling star clusters, and stars exploding as supernovae. The rapidly forming core may eventually become the heart of a mammoth galaxy similar to one of the giant elliptical galaxies seen today. 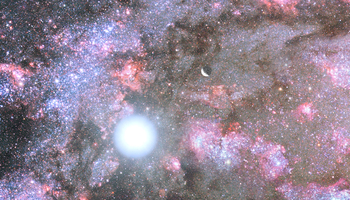