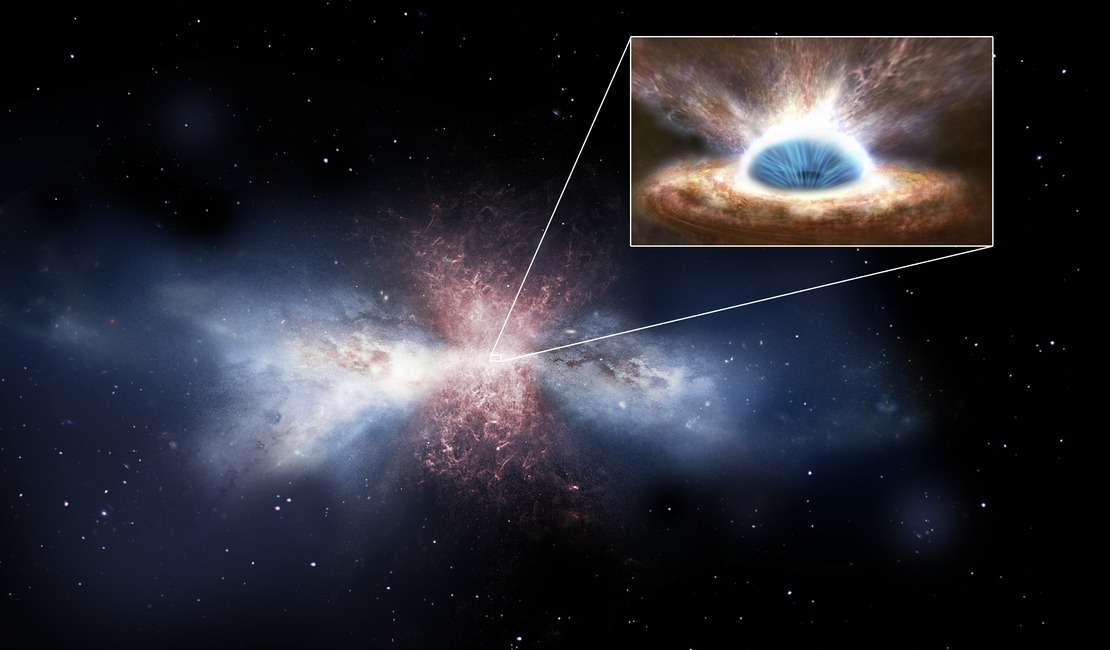 Astronomers studying the supermassive black hole at the centre of the galaxy IRAS F11119+3257 have found proof that the winds blowing from the black hole are sweeping away the host galaxys reservoir of raw star-building material.

The finding was made using ESAs Herschel space observatory, together with the Suzaku X-ray astronomy satellite. Combining these data, the astronomers detected the winds being driven by the central black hole in X-rays, and their global effect, pushing the galactic gas away, at infrared wavelengths.

This artists impression shows the connection between these two phenomena.

The winds start small and fast, gusting at about 25% the speed of light in the vicinity of the black hole and blowing away about the equivalent of one solar mass of gas every year. As they progress outwards, the winds slow but sweep up an additional 800 solar masses of molecular gas per year and push it out of the galaxy. This is the first solid proof that black-hole winds are depriving their host galaxies of molecular gas and might ultimately stop their star formation activity. 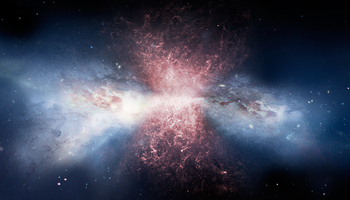 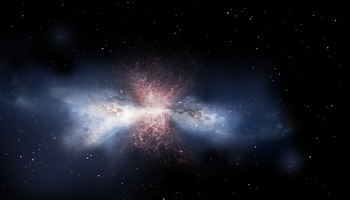 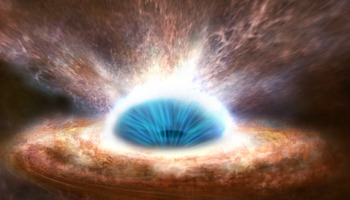