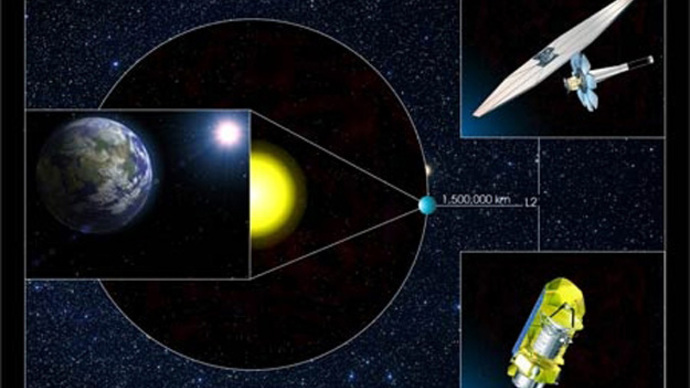 ESA: 'Who' Contributes More to the 'Energy Budget' of the Universe?

ESA's 'Herschel Space Observatory' will find out the nature of the first galaxies.

How much energy has been released throughout the history of the Universe? As surprising as it may seem, astronomers can deduce that value. Most of the energy is 'locked' in a faint 'glow' that fills the whole universe, and is the remnant of all the energy emitted in the remote past by the first galaxies. That glow, called the 'infrared background radiation', was first detected a few years ago. Now the big question for astronomers is: 'what' were the sources that created the glow? No telescope so far has been able to 'pinpoint' those primeval galaxies to say what they were. ESA's next infrared space telescope, FIRST, is the only instrument able to do the job, as concluded yesterday by astronomers gathered in Toledo (Spain).

The Toledo conference gathers together more than 200 astronomers from all over the world to discuss FIRST's 'scientific agenda'. In conjunction with this, ESA is celebrating the 200th anniversary of the discovery of infrared light by the Anglo-German astronomer William Herschel. In fact, the conference opened Tuesday with the announcement by ESA's Director of Science, Roger Bonnet that FIRST will be re-named the 'Herschel Space Observatory'.

When the 'infrared background' was detected by NASA's COBE satellite in 1996, astronomers realised that the 'cosmic energy budget' presented a problem: the galaxies they had detected so far could not account for the energy they now knew was 'locked' in the infrared background. It was then clear that there had to be many more primeval galaxies, galaxies that telescopes so far had not detected. They soon learnt the reason: those galaxies were hidden by dust, and could only be detected by telescopes able to see the glow emitted by the dust: infrared telescopes.

ESA's Infrared Space Observatory, ISO (which operated from 1995 till 1998), could find about half of those missing galaxies. ISO was not specifically designed for that purpose, so astronomers were not expecting more. But what about the remaining energy?

As Alberto Franceschini (University of Padova, Italy) explained yesterday, "The only way to find out which sources originated the infrared 'glow' of the Universe is to use a telescope with a large mirror [able to get light from very distant galaxies] that can see the far-infrared light - we know that most of the light coming from the primeval galaxies is far-infrared light. Herschel is the only telescope that fulfils the requirements".

When were the first stars born?

Once the primeval galaxies have been identified, astronomers will be able to solve two major open questions in astronomy: what was the age of the Universe when most of the stars and galaxies were formed? And, how did that process take place?

They will answer the first question by calculating the distances at which the primeval galaxies are found - in astronomy; distance can be translated into time. As for how those first galaxies formed and evolved, astronomers need to determine which process is actually triggering their luminosity: are they powered by huge central black holes? Or, by large populations of young stars?

According to Andrew Lawrence (University of Edinburgh, UK), recent observations by telescopes detecting X-ray emission - which comes from highly energetic phenomena, such as black holes - suggest that galaxies with central black holes, called 'quasars', played a much more important role than originally thought.

Black holes behind the dust

"Probably what happened was that many quasars are enshrouded in dust, and hence hidden to the view of optical telescopes", said Lawrence. "We have indications that there might be ten times more quasars than we thought. X-ray space telescopes, such as ESA's XMM-Newton and NASA's Chandra, will prove in the coming years whether that idea is correct".

"Herschel will determine to what extent those quasars contributed to the infrared background", Lawrence explained.

Herschel will therefore help us understand what kind of objects populated the early universe, and how they evolved during billions of years to become galaxies like our own Milky Way today. 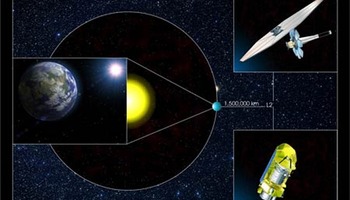