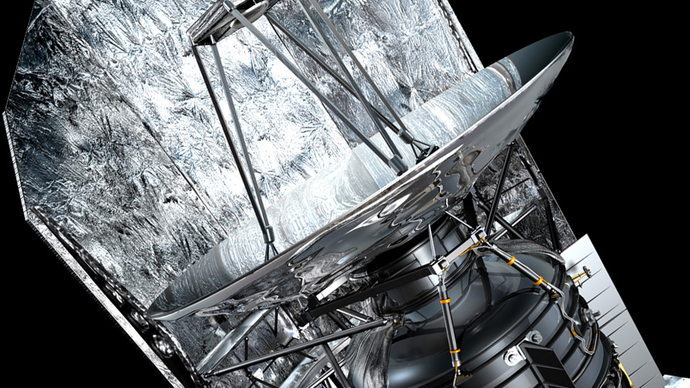 In science, new answers often trigger new questions. And in astronomy, new questions often mean new instruments. The ESA 'Herschel Space Observatory', formerly called 'Far Infrared and Submillimetre Telescope' (FIRST), is the instrument that inherits many of the questions triggered by its predecessor, ESA's Infrared Space Observatory (ISO). 200 astronomers from all over the world met last week in Toledo, Spain, to discuss how to insert these new questions in Herschel's 'scientific agenda'. Thus, Herschel will study the origin of stars and galaxies -its main goals-, but it will also keep on searching for water in space -as ISO did-, and will help us to understand the formation of our own Solar System through detailed observations of comets and of the poorly known 'transneptunian objects'.

A new name for 'FIRST'

The new name for FIRST, 'Herschel Space Observatory', or 'Herschel', was announced at the opening of the Toledo conference by ESA's Director of Science, Roger Bonnet. William Herschel was an Anglo-German astronomer who discovered infrared light in 1800. Thanks to his discovery, astronomers can now observe a facet of the Universe that remains hidden to other telescopes. ESA's Herschel is the first space observatory covering a major part of the far-infrared and submillimetre waveband (from 57 to 670 microns) and its new name honours Herschel on the 200th anniversary of his discovery.

Roger Bonnet explained: "It strikes me that we are at a key scientific conference devoted to the next ESA infrared space mission, gathering many 'infrared pioneers', 200 years after a famous musician and astronomer discovered that by placing a thermometer in the remote part of the solar spectrum, where apparently there was no light, he could detect heat. What we call now infrared radiation. This meeting marks two events: the beginning of a very promising utilisation of FIRST, and the adoption of a new name for the telescope: the Herschel Space Observatory".

Roger Bonnet also confirmed the February 2007 launch date of Herschel, and had some words of encouragement for the Principal Investigators of Herschel's instruments: "There is still much hard work ahead. It will not be easy, but it will pay-off in the end" , he said.

ESA will select an industrial Prime Contractor for Herschel next spring. The detailed design of the spacecraft will begin in June, and about one and a half years later construction will start. As for the three instruments on board Herschel - a high-resolution spectrograph and two infrared cameras -, their construction phase will begin early next year. More than 40 institutions, mainly European, organized in three consortia, collaborate in their design and development.

Scientists gathered at Toledo, in light of the discoveries by ISO -which operated from November 1995 till May 1998-, revised the 'scientific agenda' for Herschel. "This is the kind of input we need", said Gvran Pilbratt, Herschel Project Scientist. "We want to make sure that we use the precious observing time for the most profound problems".

Herschel's wavelength coverage makes it the ideal instrument to decipher how the first stars and galaxies formed, topics that have always been set as Herschel's main goals and that are now hotter than ever thanks to the surveys by ISO and other ground-based infrared instruments.

But other goals, not originally highlighted in Herschel's scientific objectives, were identified in Toledo. Ewine van Dishoeck (Leiden Universiy, the Netherlands), expert in space chemistry, stressed that "Herschel will continue the search for water in space, as initiated by ISO. It will give us an in-depth knowledge about how much water there is, its distribution and formation". Other compounds that can only be detected at the wavelengths covered by Herschel were also listed. "Herschel will provide us with a much better understanding of the chemistry of the Universe", said Van Dishoeck.

Topics in the study of our own 'space neighbourhood' were also given high priority. As Solar System expert Thirhse Encrenaz (Observatoire de Paris-Meudon, France) explained, detailed observations of comets by Herschel will contribute to the reconstruction of the past history of the Solar System. Comets are made of material that has undergone very little processing, and therefore it might reflect the composition of the 'raw material' used to make the whole Solar System about 4.6 billion years ago.

Solar System astronomers defined yet another goal: the study of the so-called 'transneptunian objects', poorly known asteroid-type bodies located beyond planet Neptune that form the 'Kuiper belt'. Only 300 of these possibly 10,000 bodies have been observed so far.

Footnote on the Herschel Space Observatory

ESA's Herschel Space Observatory, due to be launched in February 2007, will inaugurate a new generation of space 'giants'. With its 3.5 metre mirror, Herschel will be the largest telescope ever sent into space. It will be launched together with another ESA scientific mission, Planck, to study the origin and evolution of the Universe. Herschel and Planck will separate shortly after launch and will be operated independently from their orbits situated 1.5 million kilometres away from Earth.