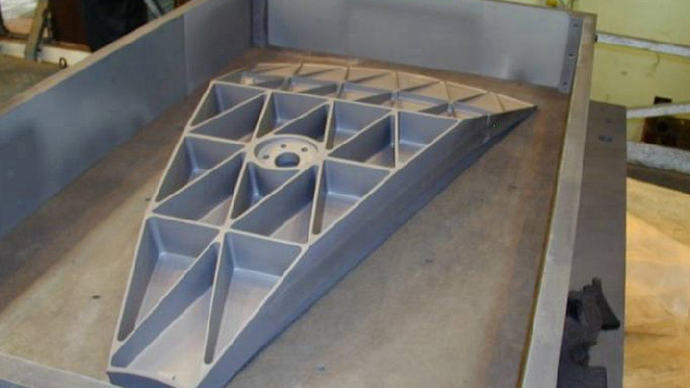 ESA: The First Giant Space Telescope will be Entirely European

Giant telescopes with primary mirrors of 8 metres in diameter are now common on the ground, but it will take a while before they can jump into space. The first 'space giant' to come will be on ESA's Herschel Space Observatory, to be launched in 2007.

Astrium GmbH in Friedrichshafen, Germany, will be in charge of the reflectors on board the Planck spacecraft, ESA's mission to study the origin of the Universe, which will be launched together with Herschel.

ESA's Herschel Space Observatory will be able to see the first galaxies and stars that ever existed, and therefore it will help to solve the question of how they formed about 13 billion years ago. Moreover, Herschel will detect a kind of light (far-infrared light) that cannot be seen from the ground due to the atmosphere, so it will reveal phenomena that have remained hidden thus far.

One of Herschel's main advantages will be its giant primary mirror - giant by space standards - of 3.5 metres in diameter. A telescope's primary mirror is its light collector, so the larger it is, the more light it collects - thus allowing fainter and fainter objects to be seen. Herschel's 3.5-metre mirror will be the largest ever sent to space and represents a true technological challenge. For comparison, the NASA/ESA Hubble Space Telescope has a 2.4-metre primary mirror.

Herschel's primary mirror has to meet demanding requirements. It has to be light enough to be placed into an orbit far more distant than, for instance, that of Hubble: Herschel will be 1.5 million kilometres away, four times the distance from the Earth to the Moon. Also, the mirror's surface has to be extremely smooth; it must be polished to make it so uniform that its 'bumps' are lower than a few thousandths of a millimetre. And finally, it will have to withstand very hard environmental conditions. At launch it will be 'shaken' with a force several times that of normal gravity on Earth. Shortly after it will go through drastic temperature changes - from ambient temperature at launch to an average of minus 200 degrees Celsius in space.

The challenge to build such a mirror was such that ESA began technological studies back in 1995. In 1997 NASA offered to provide Herschel's telescope as its contribution to the project, and from then on two technologies began to 'compete': the NASA one, based on a material called CFRP (Carbon Fiber Reinforced Plastic), and the European one, based on 'Silicon Carbide', SiC for short. This last option, initially considered only a 'back-up' one, was finally chosen.

ESA has recently signed a contract with Astrium SAS, which will be responsible for the construction of the entire Herschel telescope, including its two mirrors (the large 3.5-metre-diameter primary mirror and a much smaller secondary mirror). The telescope is only part of the Herschel spacecraft, which consists also of the service module and of the payload module (i.e. the cryostat) containing the focal plane units of the scientific instruments. The prime contractor for the whole Herschel/Planck project is Alcatel Space Industries in Cannes, France.

"The telescope is one of the most challenging elements of the Herschel spacecraft. This is why we tested several technologies. We could not risk putting all the eggs in the same basket," explains Daniel de Chambure, the ESA engineer responsible for the Herschel/Planck telescopes. "The tests performed with the Silicon Carbide prototype demonstrated that it is a very stable material, with all the combined advantages of metal and glass. It is light and easily polishable. It resists stress and fatigue and it withstands low and high temperatures without any notable change of mechanical and thermal properties."

Astrium will also build the mirrors for the Planck telescope, ESA's mission to study the origin of the Universe. Planck will be launched together with Herschel, and shortly afterwards both spacecraft will separate and will be operated completely independently.

How to build a mirror made of petals

The primary mirror of the Herschel telescope is so large that it cannot be built in one single piece. Instead, it will be made of twelve separate 'petals', thus becoming the first 'segmented' space mirror. Once finished, the mirror will weight 240 kilograms and its average thickness will be about 20 centimetres.

Surprisingly enough, Silicon Carbide is initially a powder. As a first step in the mirror production process this powder has to be subjected to very high pressure and temperature, to be made into single solid pieces: the 'petals'. These are then treated and carefully assembled by brazing (binding at very high temperature). The mirror, already its final size, is then machined, grinded and polished. The last step is the coating with a very thin layer of metal to create a reflective surface - a true mirror, able to collect and reflect light.

Boostec (Tarbes, France) and Opteon (Turku, Finland), in addition to Astrium, will have a key role in the production process. In total, ten companies all around Europe will be involved.

A flight model of the Herschel telescope, with its large primary mirror, will be ready by July 2004 for a 3-month campaign of intensive testing. A flight spare model is foreseen by January 2005, in case problems would arise with the flight model.

The Herschel Space Observatory will be launched together with Planck in early 2007 by an Ariane 5 launcher from Kourou (French Guyana). Both satellites will separate after launch and proceed to different orbits around a virtual point in space known as 'L2', where the gravity forces of the Sun and the Earth are balanced. L2 is located 1.5 million kilometres away from Earth, four times the Moon-Earth distance. Herschel and Planck will be operated independently and perform entirely different missions. 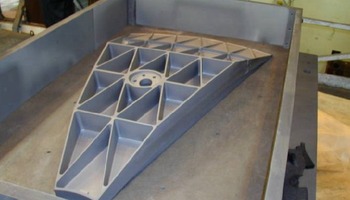 The Back Side of One of the Herschel Telescope Petals