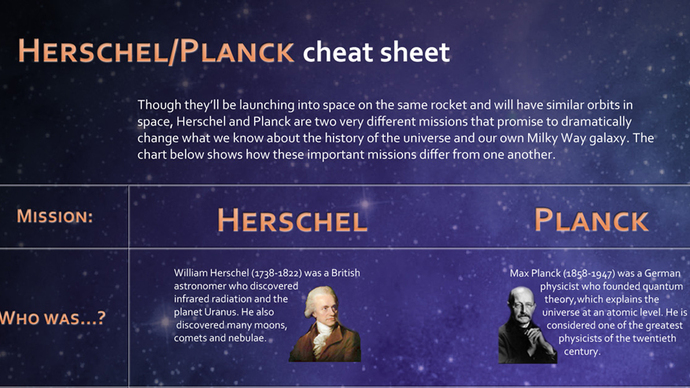 Two missions to study our cosmic roots, Herschel and Planck, are stacked atop the same Ariane 5 rocket, waiting to blast into space. Their launch is scheduled for 6:12 a.m. Pacific Time on May 14, from Kourou, French Guiana. The missions are led by the European Space Agency, with significant participation from NASA. For regular Web updates, and to view the launch online, visit www.esa.int/herschelplanck.

While Herschel and Planck have spent their youths together, they will soon be on their own. Shortly after launch, the two spacecraft will separate from their rocket and take independent paths to the second Lagrange point of our Earth-sun system. Once there, they will still be neighbors, following similar orbits around the sun, but their eyes will be set on different aspects of the cosmos. This chart helps explain the missions' roles. 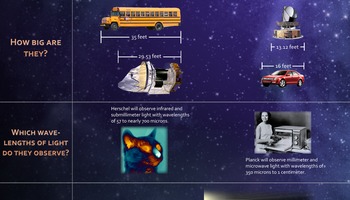