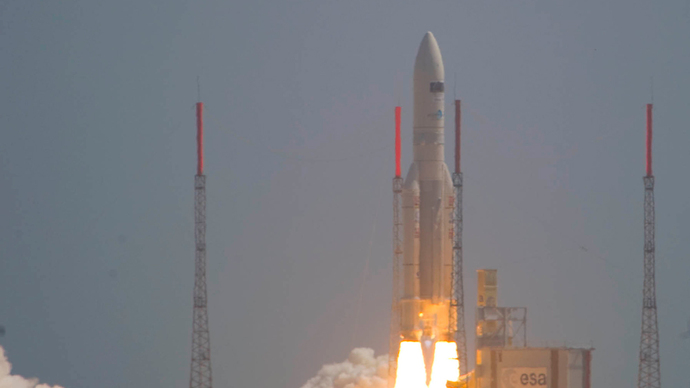 Herschel and Planck on Way to Study Our Cosmic Roots

The Herschel and Planck spacecraft successfully blasted into space at 6:12 a.m. Pacific Time (9:12 a.m. Eastern Time) on May 14 from the Guiana Space Centre in French Guiana.

The European Space Agency missions, with significant participation from NASA, hitched a ride together on an Ariane 5 rocket, but now have different journeys before them. Herschel will explore, with unprecedented clarity, the earliest stages of star and galaxy birth in the universe; it will help answer the question of how our sun and Milky Way galaxy came to be. Planck will look back to almost the beginning of time itself, gathering new details to help explain how our universe came to be.

"These two missions have spent a lot of time together," said Ulf Israelsson, NASA project manager for both Herschel and Planck at NASA's Jet Propulsion Laboratory, Pasadena, Calif. "But now they are going their separate ways, each ready to do what it does best."

Herschel separated from its Ariane 5 rocket 26 minutes after launch, followed by Planck about two minutes later. The spacecraft are traveling on separate trajectories to a point in the Earth-sun system called the second Lagrangian point, four times farther away than the moon's orbit, or an average distance of 1.5 million kilometers (930,000 miles) from Earth. They will spend the rest of their missions independently orbiting this point -- located on the other side of Earth from the sun -- as they make their way around the sun every year. See animations for Herschel and Planck.

Herschel will start preparing for science operations while en route toward its operational orbit, which will be reached in about two months. Four months later, the science mission will begin and is expected to last more than three-and-a-half years. Planck will reach a similar orbit in roughly two months, with science observations beginning one month later. The mission's science operations are scheduled to last a minimum of 15 months, with the possibility of an extension.

Both observatories are designed to see light that our human eyes cannot. Herschel will detect light that has gone largely unexplored until now, with wavelengths in the infrared and submillimeter range. It will make the most detailed measurements yet of the cold and dark wombs where the embryos of stars and galaxies have just begun to grow.

Herschel will also be able to detect key elements and molecules involved in a star's life, tracing their evolution from atoms to potentially life-forming materials. One of these molecules is water; astronomers say Herschel will provide a greatly improved measurement of how much water there is in space.

"Using Herschel is like opening a dirty window and getting a clear view of stars and galaxies," said Paul Goldsmith, the NASA Herschel project scientist at JPL.

Planck will see longer wavelength light, from the submillimeter to microwave range. It will work like the ultimate time capsule, to see light that has traveled billions of years from the newborn universe to reach us. This light, called the cosmic microwave background, contains information about the Big Bang that created space and time itself.

"Our previous images of the baby universe were like fuzzy snapshots -- now we'll have the cleanest, deepest and sharpest images ever made of the early universe," said Charles Lawrence, the NASA Planck project scientist at JPL.

In order to do their jobs, the instruments on both spacecrafts will be icy cold. Liquid helium will cool the coldest of Herschel's detectors to just 0.3 Kelvin (minus 459 degrees Fahrenheit), or 0.3 degrees above the coldest temperature theoretically attainable in the universe. Planck's coldest detectors, which are chilled by cutting-edge coolers developed in part by JPL, will reach a frosty 0.1 Kelvin.

Herschel is a European Space Agency mission, with science instruments provided by a consortium of European-led institutes, and with important participation by NASA. NASA's Herschel Project Office is based at JPL. JPL contributed mission-enabling technology for two of Herschel's three science instruments. The NASA Herschel Science Center, part of the Infrared Processing and Analysis Center at the California Institute of Technology in Pasadena, supports the United States astronomical community. Caltech manages JPL for NASA. More information is online at http://www.herschel.caltech.edu.

Planck is a European Space Agency mission, with significant participation from NASA. NASA's Planck Project Office is based at JPL. JPL contributed mission-enabling technology for both of Planck's science instruments. NASA, U.S. and European Planck scientists will work together to analyze the Planck data. More information is online at http://www.nasa.gov/planck. 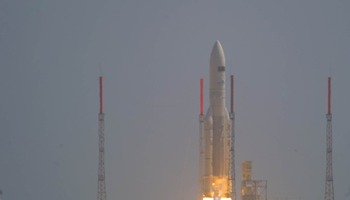 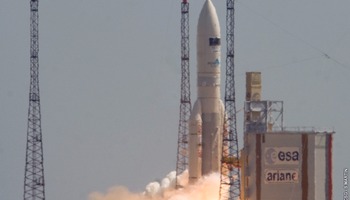 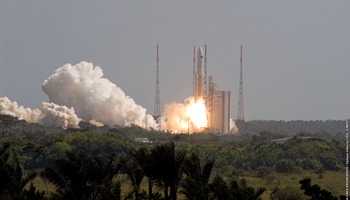 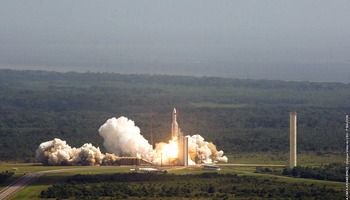 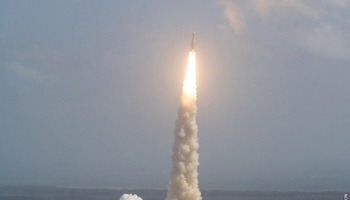 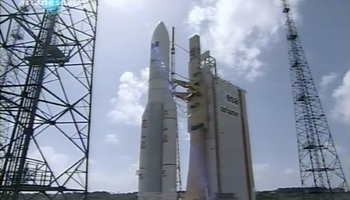 Replay the Herschel and Planck Launch