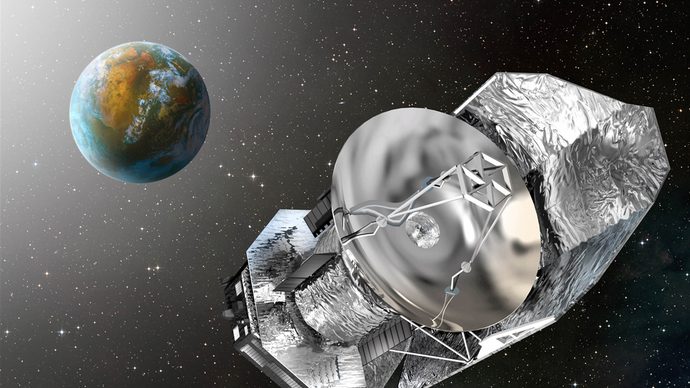 The Herschel observatory has flipped its lid — the cover protecting the telescope's instruments was successfully removed on June 14, 2009, at 2:54 a.m. Pacific Time. Herschel, a European Space Agency mission with significant participation from NASA, is already well on its way to an orbit around a point 1.5 million kilometers (930,000 miles) from Earth. That location, called the second Lagrange point of our Earth-sun system, is where Herschel will soon begin exploring the birth of stars and galaxies in our universe. The observatory detects infrared light, as does NASA's Spitzer Space Telescope, but sees longer wavelengths. This means that, among other things, Herschel will study objects cooler than those observed by Spitzer, for example earlier stages of star formation.

The cover is on the telescope's cryostat — the chamber that chills the instruments. After launch, the telescope was kept warm to prevent the buildup of water ice, which would harm the observatory's performance. Once any water stuck on the spacecraft was gone, it was safe to let the telescope cool down. With that process complete, it was then safe to remove the cover. This was accomplished by sending a command to the spacecraft to release a latch holding the cover shut. The cover swung open and, for the first time, light from space fell on the instrument detectors.

A movie demonstration of how the lid was removed is at http://herschel.cf.ac.uk/timeline. 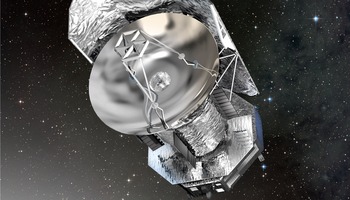 Artist Concept of the Herschel Spacecraft