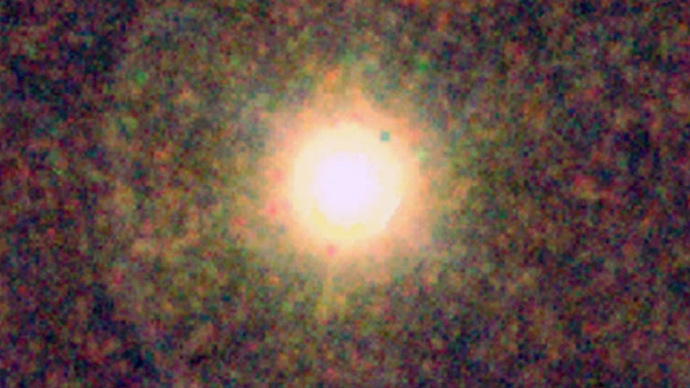 The Herschel infrared space observatory has discovered that ultraviolet starlight is the key ingredient for making water in space. It is the only explanation for why a dying star is surrounded by a gigantic cloud of hot water vapor. Herschel is a European Space Agency mission with important participation from NASA.

Every recipe needs a secret ingredient. When astronomers discovered an unexpected cloud of water vapor around the old star IRC+10216 using NASA's Submillimeter Wave Astronomy Satellite in 2001, they immediately began searching for the source. Stars like IRC+10216 are known as carbon stars and are thought not to make much water. Initially they suspected the star's heat must be evaporating comets or even dwarf planets to produce the water.

Now, Herschel has revealed that the secret ingredient is ultraviolet light, because the water is too hot to have come from the destruction of icy celestial bodies.

"Models predict that there should be no water in the envelopes around stars like this, so astronomers were puzzled about how it got there," said Paul Goldsmith, the NASA project scientist for Herschel at NASA's Jet Propulsion Laboratory, Pasadena, Calif. "These Herschel observations confirm the surprising presence of water vapor in what we thought was an astronomical desert."

This research, which was led by Leen Decin of the Katholieke Universiteit Leuven, Belgium, appears in the Sept. 2 issue of Nature.

Herschel is a European Space Agency cornerstone mission, with science instruments provided by consortia of European institutes and with important participation by NASA. NASA's Herschel Project Office is based at JPL. JPL contributed mission-enabling technology for two of Herschel's three science instruments. The NASA Herschel Science Center, part of the Infrared Processing and Analysis Center at the California Institute of Technology in Pasadena, supports the United States astronomical community. Caltech manages JPL for NASA. 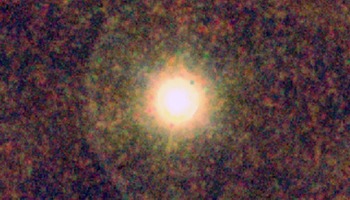 Water Around a Carbon Star