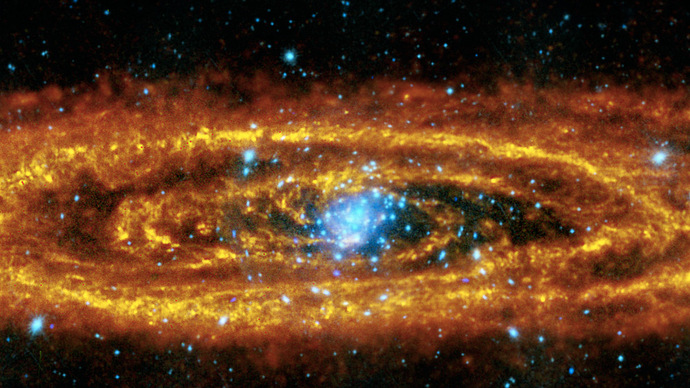 This mosaic of the Andromeda spiral galaxy highlights explosive stars in its interior, and cooler, dusty stars forming in its many rings. The image is a combination of observations from the Herschel Space Observatory taken in infrared light (seen in orange hues), and the XMM-Newton telescope captured in X-rays (seen in blues). NASA plays a role in both of these European Space Agency-led missions.

Herschel provides a detailed look at the cool clouds of star birth that line the galaxy's five concentric rings. Massive young stars are heating blankets of dust that surround them, causing them to glow in the longer-wavelength infrared light, known as far-infrared, that Herschel sees.

In contrast, XMM-Newton is capturing what happens at the end of the lives of massive stars. It shows the high-energy X-rays that come from, among other objects, supernova explosions and massive dead stars rotating around companions. These X-ray sources are clustered in the center of the galaxy, where the most massive stars tend to form.

Andromeda is our Milky Way galaxy's nearest large neighbor. It is located about 2.5 million light-years away and holds up to an estimated trillion stars. Our Milky Way is thought to contain about 200 billion to 400 billion stars.

Herschel is a European Space Agency cornerstone mission, with science instruments provided by consortia of European institutes and with important participation by NASA. NASA's Herschel Project Office is based at NASA's Jet Propulsion Laboratory. JPL contributed mission-enabling technology for two of Herschel's three science instruments. The NASA Herschel Science Center, part of the Infrared Processing and Analysis Center at the California Institute of Technology in Pasadena, supports the U.S. astronomical community. Caltech manages JPL for NASA. 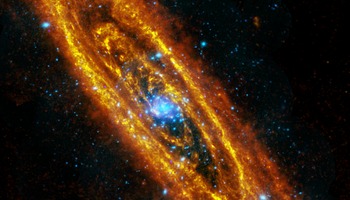 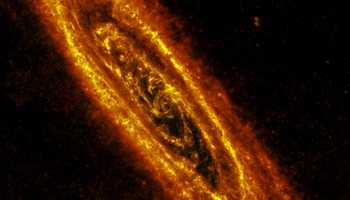 Andromeda is So Hot 'n' Cold (Infrared Only) 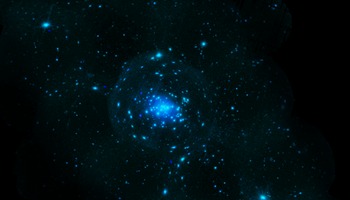 Andromeda is So Hot 'n' Cold (X-Ray Only)