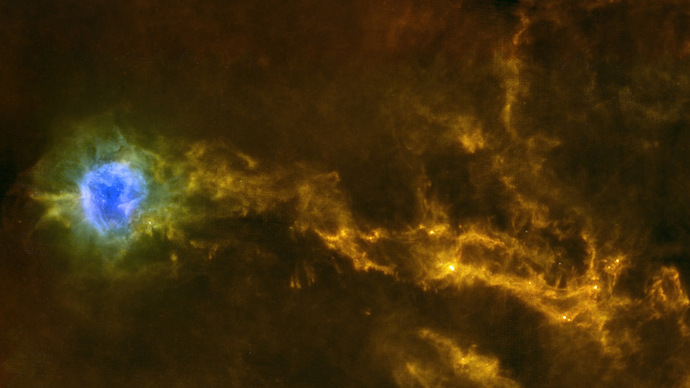 Do Cosmic Strings of Gas Come From Sonic Booms?

The Herschel Space Observatory has revealed that clouds between stars contain networks of tangled gaseous filaments. Intriguingly, each filament is approximately the same width, hinting that they may result from interstellar sonic booms throughout our Milky Way galaxy.

The filaments are huge, stretching for tens of light years through space, and Herschel has shown that newborn stars are often found in the densest parts of them. One filament imaged by Herschel in the Aquila region contains a cluster of about 100 infant stars.

Such filaments in interstellar clouds have been glimpsed before by other infrared satellites, but they have never been seen clearly enough to have their widths measured. Now, Herschel has shown that, regardless of the length or density of a filament, the width is always roughly the same.

The team suggests that as sonic booms from exploding stars travel through the clouds, they lose energy and, where they finally dissipate, they leave these filaments of compressed material. Read the full story from the European Space Agency. 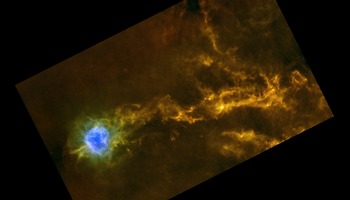