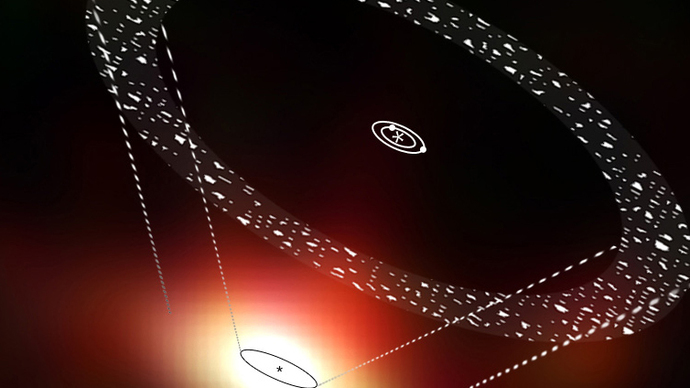 Astronomers have discovered vast comet belts surrounding two nearby planetary systems known to host only Earth-to-Neptune-mass worlds. These cometary belts could have delivered oceans to the innermost planets. The findings are based on observations from the Herschel space telescope, a European Space Agency mission with important participation from NASA.

Last year, Herschel found that the dusty belt surrounding the nearby star Fomalhaut must be maintained by collisions between comets.

In the new Herschel study, two more nearby planetary systems -- GJ 581 and 61 Vir --have been found to host vast amounts of cometary debris.

Herschel detected the signatures of cold dust at minus 200 degrees Celsius (minus 330 degrees Fahrenheit), in quantities that mean these systems must have at least 10 times more comets than in our own solar system's Kuiper Belt.

GJ 581 (or Gliese 581) is a low-mass M dwarf star, the most common type of star in the galaxy. Earlier studies have shown that it hosts at least four planets, including one that resides in the so-called habitable zone - the region from the central sun where liquid surface water could exist.

Two planets are confirmed around the G-type star 61 Vir, which is just a little less massive than our sun.

The planets in both systems are known as ''super-Earths," a term that covers a range of masses between 2 and 18 times that of Earth. Interestingly, however, there is no evidence for giant Jupiter- or Saturn-mass planets in either system.

The gravitational interplay between Jupiter and Saturn in our own solar system is thought to have been responsible for disrupting a once highly populated Kuiper Belt, sending a deluge of comets toward the inner planets in a cataclysmic event that lasted several million years.

"The new observations are giving us a clue: they're saying that in the solar system we have giant planets and a relatively sparse Kuiper Belt, but systems with only low-mass planets often have much denser Kuiper belts," says Mark Wyatt from the University of Cambridge, UK, lead author of the paper focusing on the debris disk around 61 Vir.

Herschel is a European Space Agency cornerstone mission, with science instruments provided by consortia of European institutes and with important participation by NASA. NASA's Herschel Project Office is based at JPL, which contributed mission-enabling technology for two of Herschel's three science instruments. The NASA Herschel Science Center, part of the Infrared Processing and Analysis Center at the California Institute of Technology in Pasadena, supports the United States astronomical community. Caltech manages JPL for NASA. 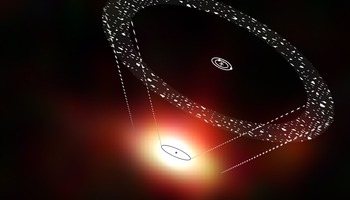 A Vast Disk of Comets