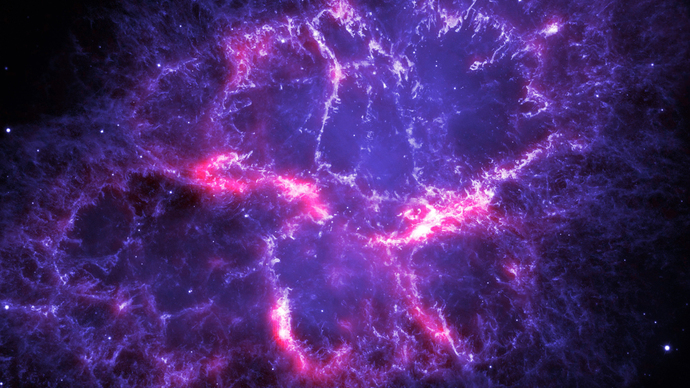 Astronomers have discovered a rare chemical pairing in the remains of an exploded star, called the Crab nebula. A gas thought to be a loner has made a "friend," linking up with a chemical partner to form a molecule. The discovery, made with the Herschel space observatory, a European Space Agency mission with important NASA contributions, will help scientists better understand supernovas, the violent deaths of massive stars.

The unexpected find involves a noble gas called Argon, named for its chemical aloofness after the Greek word for "inactive." Noble gases, which also include helium and neon among others, rarely engage in chemical reactions. They prefer to go it alone.

A new study, led by Michael Barlow from University College London, United Kingdom, and based on spectral data from Herschel, has found the first evidence of such a noble gas-based compound in space, a molecule called argon hydride. The results are published in the journal Science.

"The strange thing is that it is the harsh conditions in a supernova remnant that seem to be responsible for some of the argon finding a partner with hydrogen," said Paul Goldsmith of NASA's Jet Propulsion Laboratory, Pasadena, Calif.

"This is not only the first detection of a noble-gas based molecule in space, but also a new perspective on the Crab nebula. Herschel has directly measured the argon isotope we expect to be produced via explosive nucleosynthesis in a core-collapse supernova, refining our understanding of the origin of this supernova remnant," concludes Göran Pilbratt, Herschel project scientist at the European Space Agency. 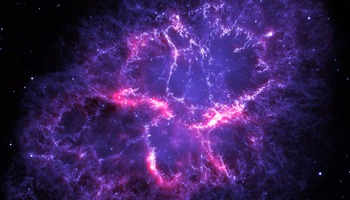 Crab Nebula, as Seen by Herschel and Hubble