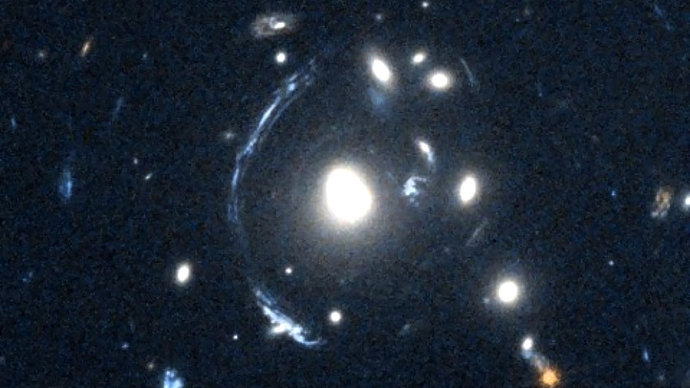 Scientists have discovered a young galaxy acting in unexpectedly mature ways. The galaxy, called S0901, is rotating in a calm manner typical of more developed galaxies like our own spiral Milky Way.

"Usually, when astronomers examine galaxies in an early era, they find that turbulence plays a much greater role than it does in modern galaxies. But S0901 is a clear exception to that pattern," said James Rhoads of Arizona State University, Tempe.

It has taken the light from the galaxy 10 billion years to reach us across space, so we are seeing it when it was comparatively young.

"This galaxy is the equivalent of a 10-year-old. I can tell you from watching my kids' classes that 10-year-olds like to fidget! S0901 is unusual because it's not fidgeting, and instead is very well behaved." Rhoads is lead author of the research, appearing in the May 20 issue of the Astrophysical Journal.

The discovery was made using the Herschel space observatory, a European Space Agency mission with important NASA contributions.

"This is a truly surprising result that reminds us that we still don't understand many details of the evolution of the universe. Facilities like Herschel help us understand this complex story," said Paul Goldsmith, U.S. Herschel Project Scientist at NASA's Jet Propulsion Laboratory, Pasadena, Calif.

When galaxies form, they accumulate mass because their gravity attracts vast, external gas clouds. As the gas clouds enter a particular galaxy, they fall into haphazard orbits. These disordered paths cause turbulence in the host galaxy, which can drive star formation.

To investigate the internal conditions of forming galaxies, Rhoads and Sangeeta Malhotra, also from Arizona State University, and colleagues targeted two young galaxies, one of them being S0901.

Using a cosmic magnifier known as a gravitational lens, the researchers got a better view of the galaxies than they would have otherwise. An instrument on Herschel, the Heterodyne Instrument for the Far-Infrared (HIFI), was then able to pick up the signature of ionized carbon, revealing the motion of the gas molecules in the galaxies. This motion was much smoother than anticipated in the S0901 galaxy. Results for the second galaxy hinted at a calm rotation too, but were less clear.

"Galaxies 10 billion years ago were making stars more actively than they do now," says Malhotra. "They usually also show more turbulence, likely because they are accumulating gas faster than a modern galaxy does. But here we have cases where an early galaxy combines the calm rotation of a modern one with the active star formation of their early peers."

More observations with other telescopes should help reveal if other galaxies behave in similarly grown-up ways, or if S0901 is oddly ahead of its time.

Read the news release from ESA online at: http://sci.esa.int/herschel/53992-herschel-discovers-mature-galaxies-in-the-young-universe

Herschel is a European Space Agency mission, with science instruments provided by consortia of European institutes and with important participation by NASA. While the observatory stopped making science observations in April 2013, after running out of liquid coolant as expected, scientists continue to analyze its data. NASA's Herschel Project Office is based at JPL. JPL contributed mission-enabling technology for two of Herschel's three science instruments, including HIFI. The NASA Herschel Science Center, part of the Infrared Processing and Analysis Center at the California Institute of Technology in Pasadena, supports the U.S. astronomical community. Caltech manages JPL for NASA. 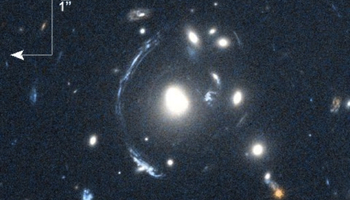 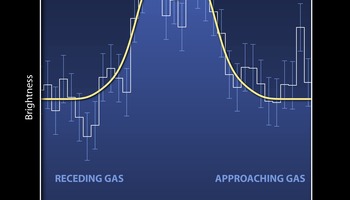 Herschel Spectrum of the Galaxy S0901