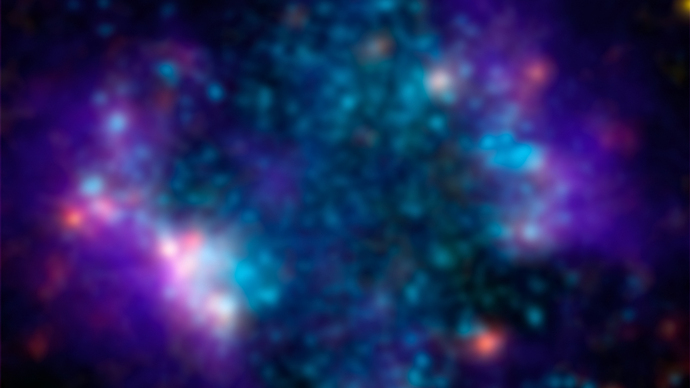 What makes one rose bush blossom with flowers, while another remains barren? Astronomers ask a similar question of galaxies, wondering how some flourish with star formation and others barely bloom.

A new study published in the Oct. 16 issue of the journal Nature addresses this question by making some of the most accurate measurements yet of the meager rates at which small, sluggish galaxies create stars. The report uses data from the European Space Agency's Herschel mission, in which NASA is a partner, and NASA's Spitzer Space Telescope and Galaxy Evolution Explorer (GALEX).

The findings are helping researchers figure out how the very first stars in our universe sprouted. Like the stars examined in the new study, the first-ever stars from billions of years ago took root in poor conditions. Growing stars in the early cosmos is like trying to germinate flower seeds in a bed of dry, poor soil. Back then, the universe hadn't had time yet to make "heavy metals," elements heavier than hydrogen and helium.

"The metals in space help act in some ways like a fertilizer to help stars grow," said George Helou, an author of the new study and director of NASA's Infrared Processing and Analysis Center (IPAC) at the California Institute of Technology, Pasadena. The lead author of the study is Yong Shi, who performed some of the research at IPAC before moving to Nanjing University in China.

These smaller galaxies are late bloomers. They managed to travel through history while remaining pristine, and never bulked up in heavy metals (heavy metals not only help stars to form, but are also created themselves by stars).

"The metal-poor galaxies are like islands left over from the early universe," said Helou. "Because they are relatively close to us, they are especially valuable windows to the past."

Studying star formation in poor growing environments such as these is tricky. The galaxies, though nearby, are still faint and hard to see. Shi and his international team wrangled the problem with a multi-wavelength approach. The Herschel data, captured at the longest infrared wavelengths of light, let the researchers see the cool dust in which stars are buried. The dust serves as a proxy for the total amount of gas in the region -- the basic ingredient of stars. To other telescopes, this dust is cold and invisible. Herschel, on the other hand, can pick up its feeble glow.

Supporting radio-wavelength measurements of some of the gas in the galaxies came from the National Radio Astronomy Observatory's Jansky Very Large Array observatory near Socorro, New Mexico, and the Australia Telescope Compact Array observatory, near Narrabri.

Meanwhile, archived data from Spitzer and GALEX were used to look at the rate of star formation. Spitzer sees shorter-wavelength infrared light, which comes from dust that is warmed by new stars. GALEX images capture ultraviolet light from the shining stars themselves.

Putting all these pieces together enabled the astronomers to determine that the galaxies are plodding along, creating stars at rates 10 times lower than their normal counterparts.

"Star formation is very inefficient in these environments," said Shi. "Extremely metal-poor nearby galaxies are the best way to know what went on billions of years ago."

The heavy metals in present-day galaxies help star formation to flourish through cooling effects. For a star to form, a ball of gas needs to fall in on itself with the help of its own gravity. Ultimately, the material has to become dense enough for atoms to fuse and ignite, creating starlight. But as this cloud collapses, it heats up and puffs back out again, counteracting the process. Heavy metals cool everything down by radiating away the heat, enabling the cloud to condense into a star.

How stars in the early universe were able to do this without the cooling benefits of heavy metals remains unknown.

Studies like this shine light on the very first stellar buds, giving us a glimpse into the roots of our cosmic history.

Data from Spitzer and Herschel are accessible through the Infrared Science Archive housed at the Infrared Processing and Analysis Center at Caltech. Caltech manages JPL for NASA. 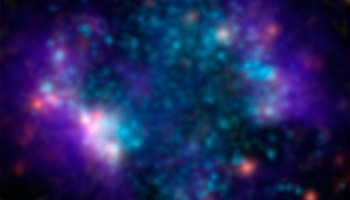