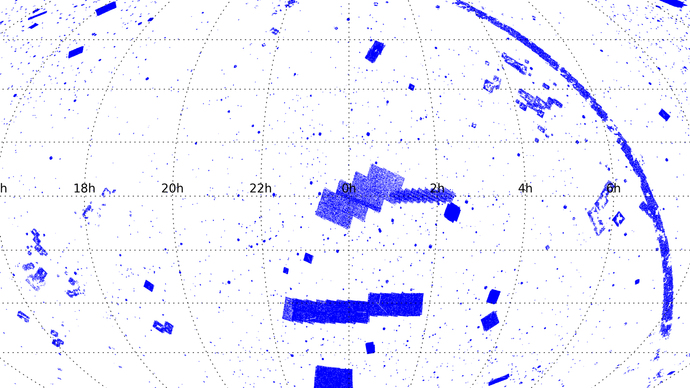 Two new catalogues, based on data from ESA's Herschel Space Observatory, have been released to the scientific community. The point source catalogues are examples of a new type of data product from two of Herschel’s instruments, SPIRE and PACS. These catalogues are part of the lasting legacy of the Herschel mission, and will further facilitate data exploitation and drive ongoing research.

The SPIRE and PACS point source catalogues are examples of Herschel’s highly processed data products, or HPDPs. Data from missions such as Herschel are systematically processed into well calibrated  ‘standard’ products via automatic software pipelines that correct many instrumental signatures and artefacts in the data. Some products can greatly benefit from dedicated processing by instrument experts, to improve both their quality and usefulness. There are also data products that these pipelines cannot produce at all, and these two new point source catalogues are examples of this type, providing astronomers with a valuable resource for research.

“The SPIRE maps contain many objects that would perhaps never have been looked at, because the original proposer was just interested in something very specific,” says Bernhard Schulz, Senior Staff Scientist at Caltech/IPAC and lead of the SPIRE point source catalogue production. “For this SPIRE point source catalogue we used the knowledge of the top instrument experts to produce the best photometry for all sources that were suitable for automatic processing. Scientists who use these data can now save the time it would have taken to extract their own photometry. Additionally, they can validate their photometric procedures with sources from our catalogue, before applying them to more difficult-to-extract objects, that need very careful analysis, such as very extended sources or multiple, close-together sources that are hard to separate.”

“One area that highlights a strength of the PACS point source catalogue is how we have treated observations that were made to study Solar System Objects, or SSOs,” says Gábor Marton, postdoctoral researcher at the Konkoly Observatory of the Hungarian Academy of Sciences in Budapest, Hungary, who led the PACS point source catalogue production. “These SSO maps are the best examples of PACS maps that were until now investigated only for specific objects, while in practice they are very deep observations of a region of the sky and contain information about many other celestial sources. We looked for the full source content of all these PACS maps and, importantly, the data that we deliver is a result of a homogeneous extraction. In addition, we describe the quality of the sources in a uniform way. All of this makes our products easy for the scientific community to use. ”

The Herschel Space Observatory launched on 14 May 2009 and spent almost four years observing the skies at far-infrared and sub-millimetre wavelengths. Among the early highlights were the spectacular images of previously obscured early phases of star formation deep in galactic molecular clouds, and observations of some of the coldest objects in the Solar System. Since then, scientists have used Herschel data to resolve the cosmic infrared background, to follow the water trail from early phases of star formation to impact on planetary bodies, and to study galaxy evolution throughout the history of Universe. To date, this scientific output has been reported in more than 2000 peer-reviewed journal articles. Although science operations terminated, as anticipated, in April 2013 when the helium coolant was depleted, science investigations will continue for many years, using the data that were accumulated during the operational phase.

“The newly released SPIRE and PACS point source catalogues will enable investigators to address a multitude of scientific topics, spanning areas as diverse as star formation and galaxy evolution,” notes Göran Pilbratt, Herschel Project Scientist at ESA. “In particular, these catalogues will also help investigators not familiar with Herschel data to incorporate this as ancillary data in multi-wavelength studies, and as targets in observing proposals for follow-up studies with other instruments.”

“Ever since scientific operations ended in April 2013, the Herschel team has been busy preparing and processing the final products with the goal to leave a lasting legacy of well-calibrated, high-quality data for the scientific community to use,” adds Pedro García-Lario, Herschel Mission Manager at ESA. “The catalogues will help bridge the gap between data releases from missions such as Spitzer, Planck, and AKARI, allowing scientists to continue producing vital research in this area of science.”

“The two catalogues represent a significant collaborative effort between scientists and staff in Europe and the US, and we hope that their existence will inspire and encourage astronomers from all shades of the electromagnetic spectrum to dig into, and mine, the rich legacy of the Herschel observatory, and its archive,” comments Phil Appleton, Task Lead and Project Scientist for the NASA Herschel Science Center at Caltech/IPAC in Pasadena USA.

The new SPIRE point source catalogue, with about 1.6 million sources, and the PACS point source catalogue, containing about 500,000 sources, are available from the Herschel Science Archive through ESASky and Virtual Observatory (VO) tools, such as TopCat, and from the NASA/IPAC Infrared Science Archive. These tools come with a variety of ways to query the data and they are compliant with VO standards. 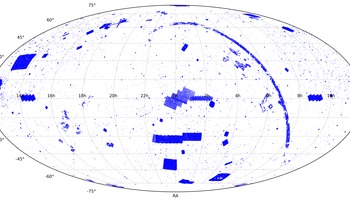 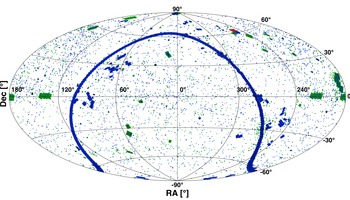 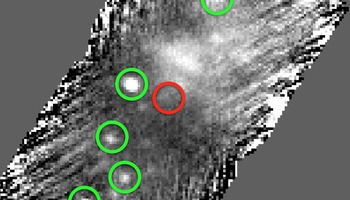 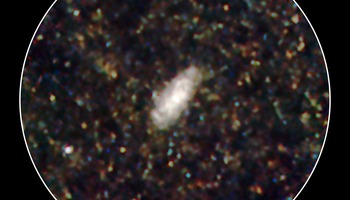