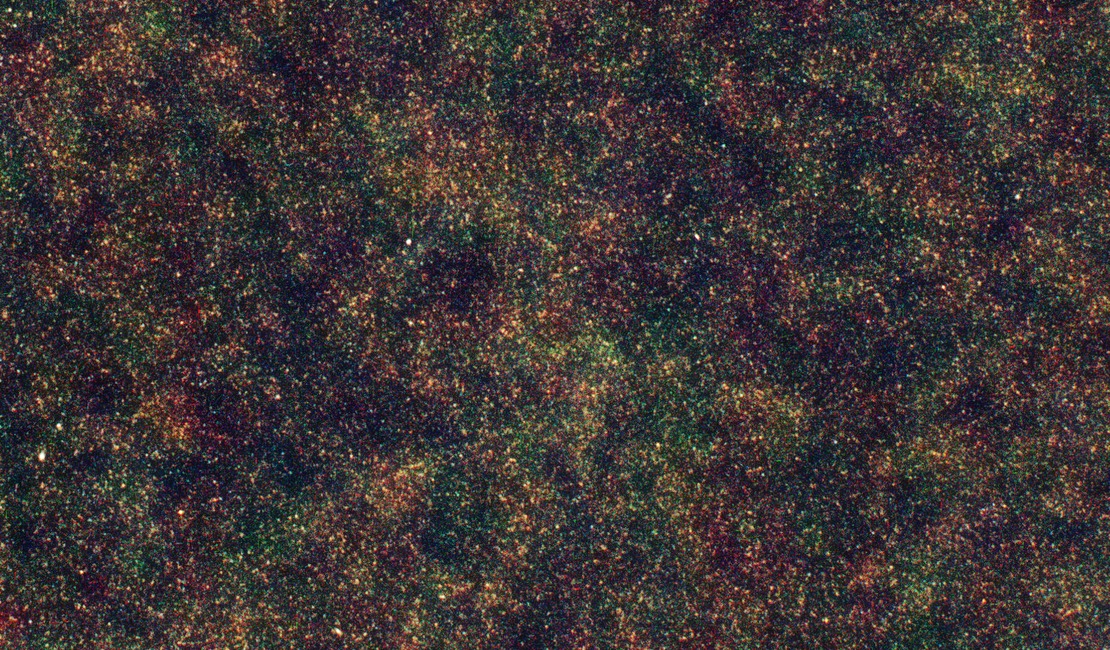 Thousands of galaxies crowd into this Herschel image of the distant Universe. Each dot is an entire galaxy containing billions of stars.

For more than a decade, astronomers have puzzled over strangely bright galaxies in the distant Universe. These luminous infrared galaxies appear to be creating stars at such phenomenal rates that they defy conventional theories of galaxy formation.

Now ESAs Herschel infrared space observatory, with its ability for very sensitive mapping over wide areas, has seen thousands of these galaxies and pinpointed their locations, showing for the first time that they are packing themselves closely together, forming large clusters of galaxies by the force of their mutual gravity.

The mottled effect in the image gives away this clustering. All the indications are that these galaxies are busy crashing into one another, and forming large quantities of stars as a result of these violent encounters.

This image is part of the Herschel Multi-tiered Extragalactic Survey (HerMES) Key Project, which studies the evolution of galaxies in the distant, ancient Universe. The project uses the SPIRE (Spectral and Photometric Imaging REceiver) instrument on Herschel and has been surveying large areas of the sky, currently totalling 15 square degrees, or around 60 times the apparent size of the Full Moon.

This particular image was taken in a region of space called the Lockman Hole, which allows a clear line of sight out into the distant Universe. This hole is located in the familiar northern constellation of Ursa Major, The Great Bear.

The galaxies seen in this image are all in the distant Universe and appear as they did 1012 billion years ago. They are colour coded in blue, green, and red to represent the three wavebands used for Herschels observation. Those appearing in white have equal intensity in all three bands and are the ones forming the most stars. The galaxies shown in red are likely to be the most distant, appearing as they did around 12 billion years ago.

HerMES will continue to collect more images, over larger areas of the sky in order to build up a more complete picture of how galaxies have evolved and interacted over the past 12 billion years. 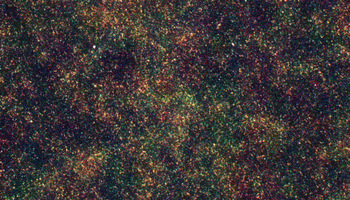