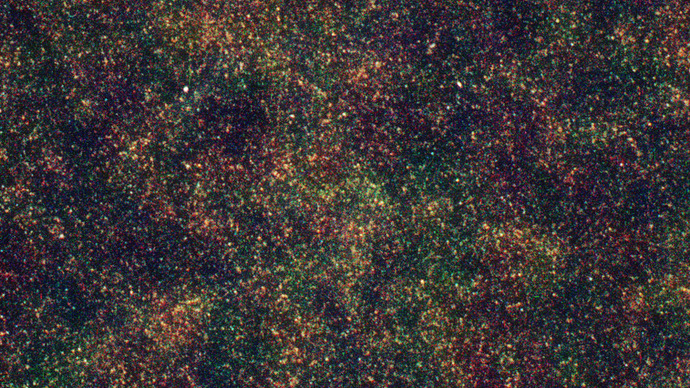 Astronomers using the European Space Agency's Herschel telescope have discovered that the brightest galaxies tend to be in the busiest parts of the Universe. This crucial piece of information will enable theorists to fix up their theories of galaxy formation. For over a decade, astronomers have been puzzled by some strange, bright galaxies in the distant Universe which appear to be forming stars at phenomenal rates. These galaxies are very hard to explain with conventional theories of galaxy formation. One important question has been the environments in which these galaxies are located, such as how close together they are. The Herschel Space Observatory, with its ability for very sensitive mapping over wide areas, has been able to see thousands of these galaxies and identify their location, showing for the first time that these galaxies are packed closely together in the centre of large galaxy clusters.

A project using the UK-led SPIRE instrument on board Herschel has been surveying large areas of the sky, currently totalling 15 square degrees – around 60 times the size of the Full Moon. The two regions mapped so far are in the constellations of Ursa Major and Draco, well away from the confusion of our own Galaxy. Galaxies which are brightest at Herschel’s far-infrared wavelengths are typically seen as they were around 10 billion years ago, the light having been travelling towards us since that time.

The false-colour image above shows a small portion of the sky observed by Herschel. Almost every point of light is an entire galaxy, each containing billions of stars. The colours represent the far-infrared wavelengths measured by Herschel, with redder galaxies either being further away or containing colder dust, while brighter galaxies are forming stars more vigorously. While at a first glance the galaxies look to be scattered randomly over the image, in fact they are not. A closer look will reveals that there are regions which have more galaxies in, and regions that have fewer. This clustering of galaxies through space provides information about the way they have interacted over the history of the Universe.

Herschel sees material that cannot be seen at visible wavelengths, namely cold gas and dust between the stars. This is well illustrated by looking at much closer galaxies, which can be seen in more detail. The Antennae Galaxies, lying a mere 50 million light years away, are actually two galaxies which are in the process of colliding, and were observed as part of a different observing programme. Herschel does not see the light from stars, but the clouds of dust within which new stars are forming. The collision of these galaxies has caused a surge in star formation, but such collisions are relatively rare in the Universe today. Billions of years ago, however, when galaxies were much more tightly packed, such events were much more common.

Despite the new window on the Universe afforded by the far-infrared light, Herschel is still not seeing the full picture. Three quarters of the matter in our Universe is made up of mysterious “dark matter”, which does not shine at all. Since we cannot see dark matter, we do not yet know what it is made of, but we can measure its effect on the matter around it. Although it does not emit or absorb light, dark matter does interact with the rest of the Universe through gravity, gradually pulling groups of galaxies together into huge clusters over the course of billions of years. While many computer simulations exist of how this occurs, the ability to measure this at different times through the history of the Universe allows astronomers to compare the simulations with real measurements.

These latest results from Herschel, part of the “HerMES” key programme, have shown that the bright galaxies detected with the SPIRE instrument preferentially occupy regions of the Universe that contain more dark matter. This seems to be especially true about 10 billion years ago, when these galaxies were forming stars at a much higher rate than most galaxies are today.

Our Galaxy, the Milky Way, resides on the suburbs of a large supercluster centred about 60 million light years away. The neighbouring supercluster of galaxies to us is around 300 million light years away. By comparison, 10 billion years ago galaxies were only 20 to 30 million light years apart on average. Their proximity means that many of the galaxies will eventually collide with one another. It is these collisions that stirs up the gas and dust in the galaxies and causes the rapid bouts of star formation. Professor Asantha Cooray, of the University of California, is one of the HerMES astronomers leading this investigation, and he commented on the latest HerMES results: "Thanks to the superb resolution and sensitivity of the SPIRE instrument on Herschel, we managed to map in detail the spatial distribution of massively starforming galaxies in the early universe. All indications are that these galaxies are busy. They are crashing, merging, and possibly settling down at centres of large dark matter halos."

It has required the sensitivity and resolution of Herschel to be able to identify the brightest galaxies and establish the way in which they are clustering. Dr Lingyu Wang, of the University of Sussex, said "we have known for a long time that environment plays an important role in shaping galaxies' evolution. With Herschel, we are able to pierce through huge amounts of dust and study the impact of the environment right from the birth of these massive galaxies forming stars at colossal rates. This is allowing us to witness the active past of today's dead elliptical galaxies at times when they were in rich environments."

Professor Seb Oliver, of the University of Sussex, who co-leads the HerMES project, presented this result last week at the Herschel First Results Symposium in the Netherlands. Professor Oliver said "this result from Asantha's team is fantastic, it is just the kind of thing we were hoping for from Herschel and was only possible because we can see so many thousands of galaxies, it will certainly give the theoretician's something to chew over". 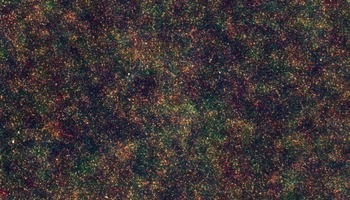