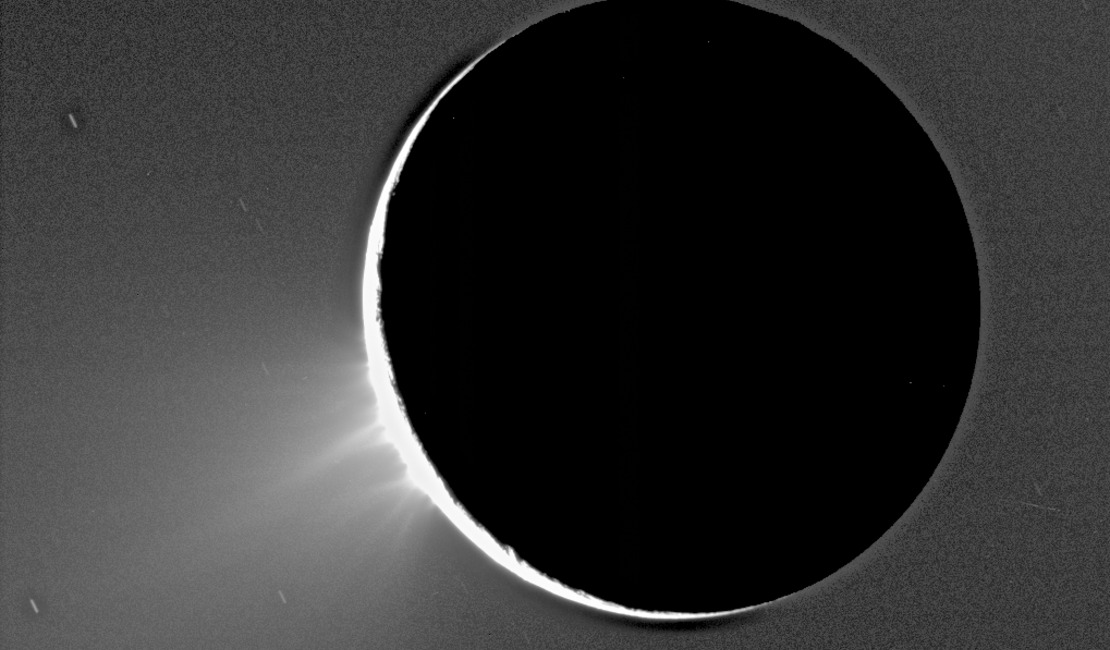 Recent Cassini images of Saturn's moon Enceladus backlit by the sun show the fountain-like sources of the fine spray of material that towers over the south polar region. This image was taken looking more or less broadside at the "tiger stripe" fractures observed in earlier Enceladus images. It shows discrete plumes of a variety of apparent sizes above the limb (edge) of the moon. This image was acquired on Nov. 27, 2005.

Imaging scientists, as reported in the journal Science on March 10, 2006, believe that the jets are geysers erupting from pressurized subsurface reservoirs of liquid water above 273 degrees Kelvin (0 degrees Celsius).

The Cassini-Huygens mission is a cooperative project of NASA, the European Space Agency and the Italian Space Agency. The Jet Propulsion Laboratory, a division of the California Institute of Technology in Pasadena, manages the mission for NASA's Science Mission Directorate, Washington, D.C. The Cassini orbiter and its two onboard cameras were designed, developed and assembled at JPL. The imaging operations center is based at the Space Science Institute in Boulder, Colo.

For more information about the Cassini-Huygens mission visit http://saturn.jpl.nasa.gov. The Cassini imaging team homepage is at http://ciclops.org. 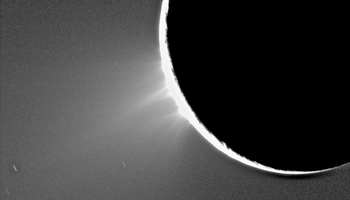