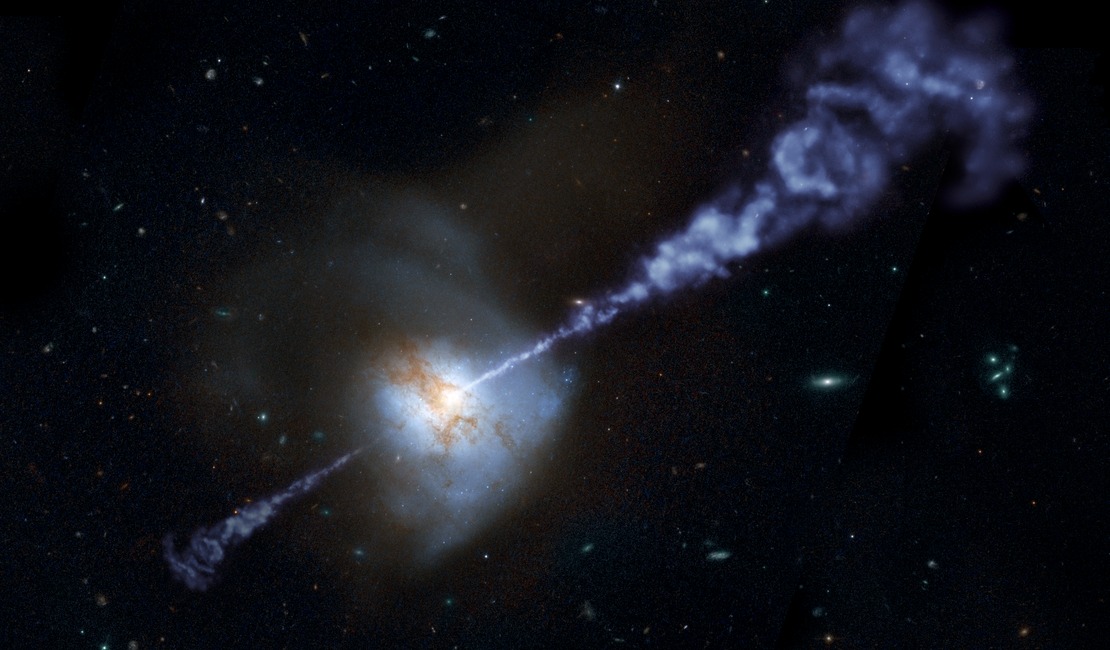 Supermassive black holes are believed to reside in the hearts of all large galaxies. When gas falls upon these monsters, the materials are accelerated and heated around the black hole, releasing great torrents of energy. In the process, active black holes oftentimes generate colossal jets that blast out twin streams of heated matter.

Inflows of gas into a galaxy also fuel the formation of new stars. In a new study of distant galaxies, Herschel helped show that star formation and black hole activity increase together, but only up to a point. Astronomers think that if an active black hole flares up too much, it starts spewing radiation that prevents raw material from coalescing into new stars.

This artistically modified image of the local galaxy Arp 220, captured by the Hubble Space Telescope, helps illustrate the Herschel results. The bright core of the galaxy, paired with an overlaid artist's impression of jets emanating from it, indicate that the central black hole's activity is intensifying. As the active black hole continues to rev up, the rate of star formation will, in turn, be suppressed in the galaxy. Astronomers want to further study how star formation and black hole activity are intertwined. 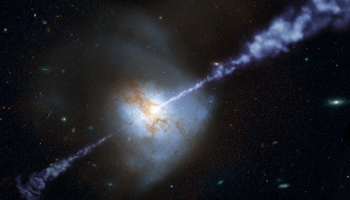