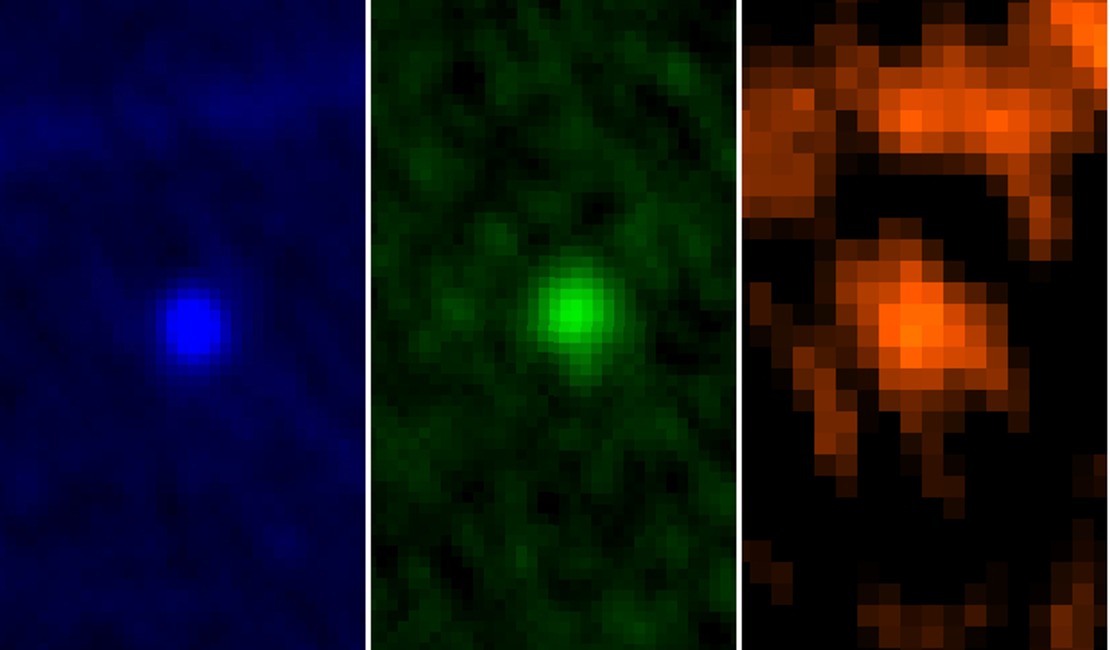 Herschel Space Observatory captured asteroid Apophis in its field of view during the approach to Earth on 5/6 January 2013. This image shows the asteroid in Herschel's three PACS wavelengths: 70, 100 and 160 microns, respectively.

Its closest pass, on 9 January 2013, brings it to 14.45 million km from Earth, 3540 times that of the distance of the Moon. In 2029, it will approach even closer than the geostationary orbit of many satellites, which are positioned at an altitude of 36 000 km.

During the latest pass, Herschel collected important information about the physical properties of the asteroid, which will help astronomers make refined predictions for the future trajectory of the asteroid. 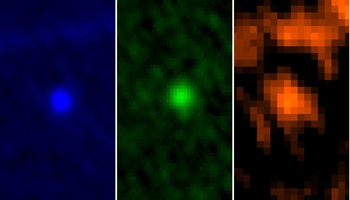