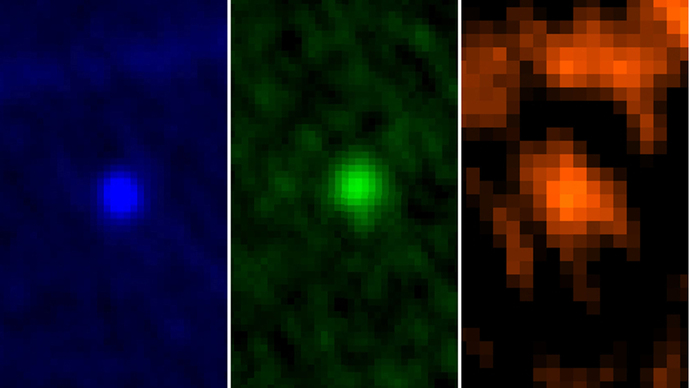 PASADENA, Calif. - Scientists using the Herschel Space Observatory made new observations of asteroid Apophis as it approached Earth this past weekend. The data show the asteroid to be bigger than first estimated, and less reflective.

Discovered in 2004, Apophis was initially thought to have a 2.7 percent chance of impacting Earth in 2029. Additional observations of the asteroid ruled out any possibility of an impact in 2029. However, Apophis is expected to make a record-setting -- but harmless -- close approach to Earth on April 13, 2029, when it comes no closer than 18,300 miles (29,450 kilometers) above Earth's surface. The asteroid will make another approach to Earth in 2036. Data collected by telescopes during today's close approach are expected to refine the asteroid's orbit to the point where an impact in 2036 can be ruled out.

The Herschel Observatory is a European Space Agency mission in which NASA plays an important role.

Over the weekend, Herschel gathered data while observing Apophis for about two hours on its approach to Earth, ahead of today's closest encounter at a little less than one-tenth of the distance from Earth to the sun: about 9 million miles (14.5 million kilometers).

The space observatory provided the first thermal infrared observations of Apophis at different wavelengths, which together with optical measurements helped refine estimates of the asteroid's properties. Previous estimates bracketed the asteroid's average diameter at about 885 feet (270 meters). Herschel's observations indicate the space rock is about 1,066 feet (325 meters) across.

By analyzing the heat emitted by Apophis, Herschel also provided a new estimate of the asteroid's albedo -- a measure of its reflectivity-- of 0.23. This value means that 23 percent of the sunlight falling onto the asteroid is reflected; the rest is absorbed and heats up the asteroid. The previous albedo estimate for Apophis was 0.33. 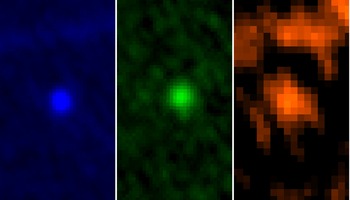