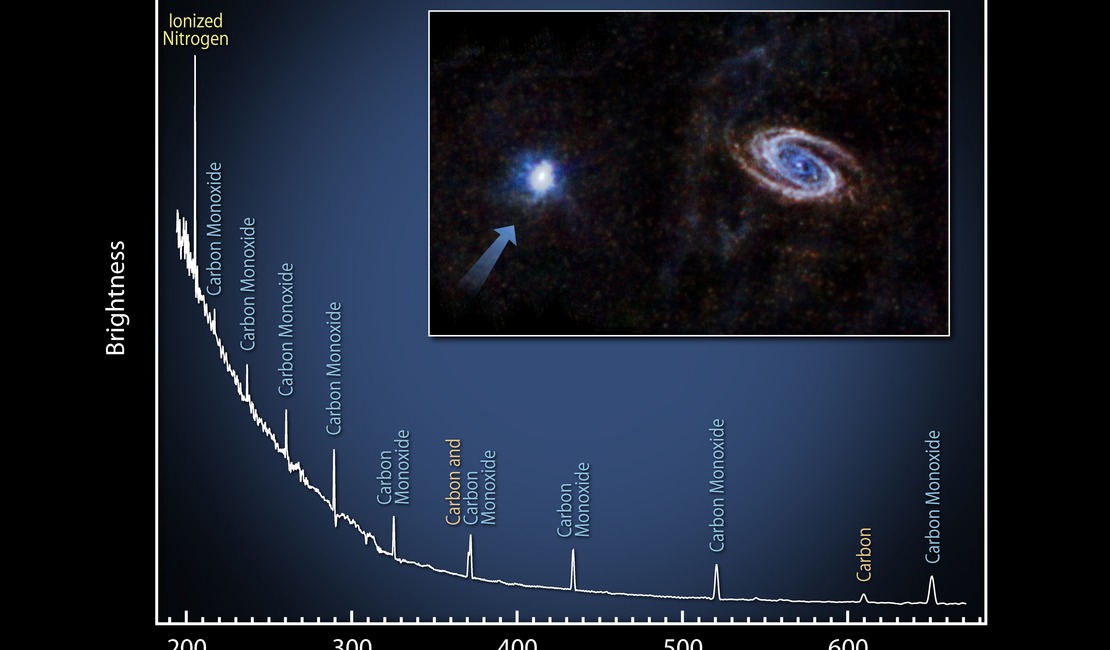 Messier 82 (M82), is a prototype starburst galaxy about 12 million light years away in the constellation of Ursa Major. This galaxy is famous for its spectacular bi-polar outflow or "super-wind", gas and dust driven outwards by stellar winds and supernovae in the galaxies central regions, where stars are produced at a very high rate. M82 is part of an interacting group of galaxies including the large spiral M81 from which material is being stripped by the gravitational interaction with M82.

This SPIRE FTS observation was carried out as part of the performance verification of the observatory. The scientific rights of this observation are owned by the Nearby Galaxies Key Programme consortia, led by C. Wilson.