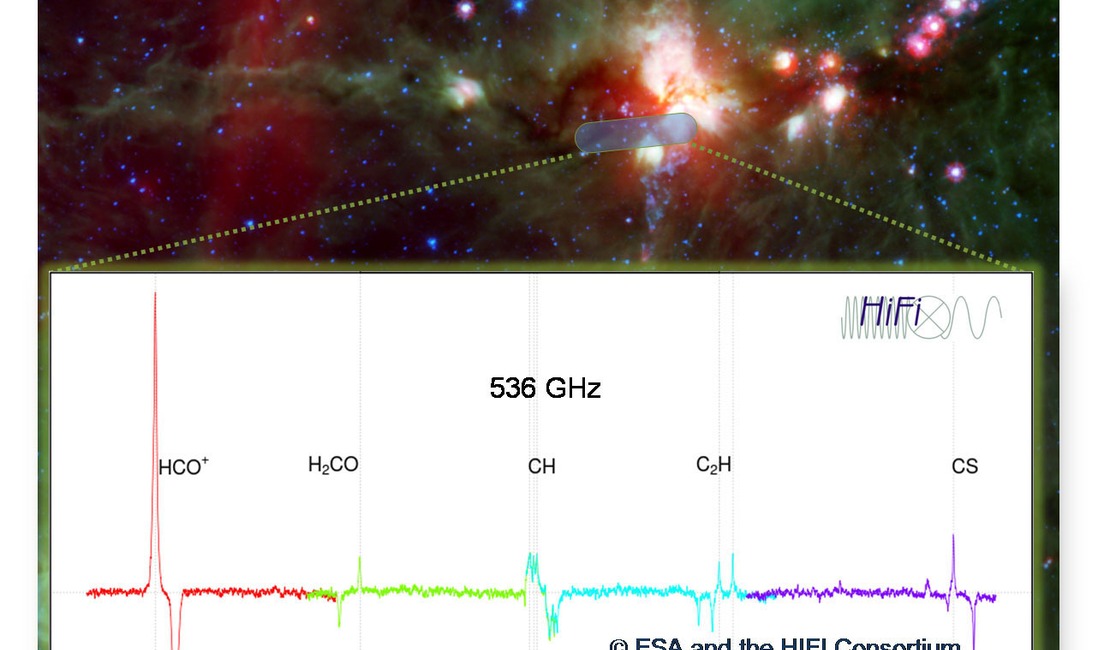 This is one of the early spectra obtained with the HIFI instrument on Herschel. This HIFI spectrum of a massive star-forming region reveals the fingerprints of a number of key organic molecules, such as formaldehyde (H2CO), carbon sulphide (CS), the formyl ion (HCO+), the ethynyl radical (C2H), and the methyladyne radical (CH).

Observations of regions of massive star formation reveal a rich inventory of organic molecules. These lines give insight into the chemistry and physical conditions in this region. HIFI can for the first time observe the submillimetre spectral regime unhampered by telluric absorption. It will therefore provide an unbiased inventory of the molecular composition of such regions and new insights into the formation and early evolution of stars.

This spectrum was obtained by the frequency switch mode. In this mode the local oscillator is tuned between two slightly different frequencies reversing one of the two spectra and resulting in two phases. These spectra (phases) can be recombined later for further analysis.