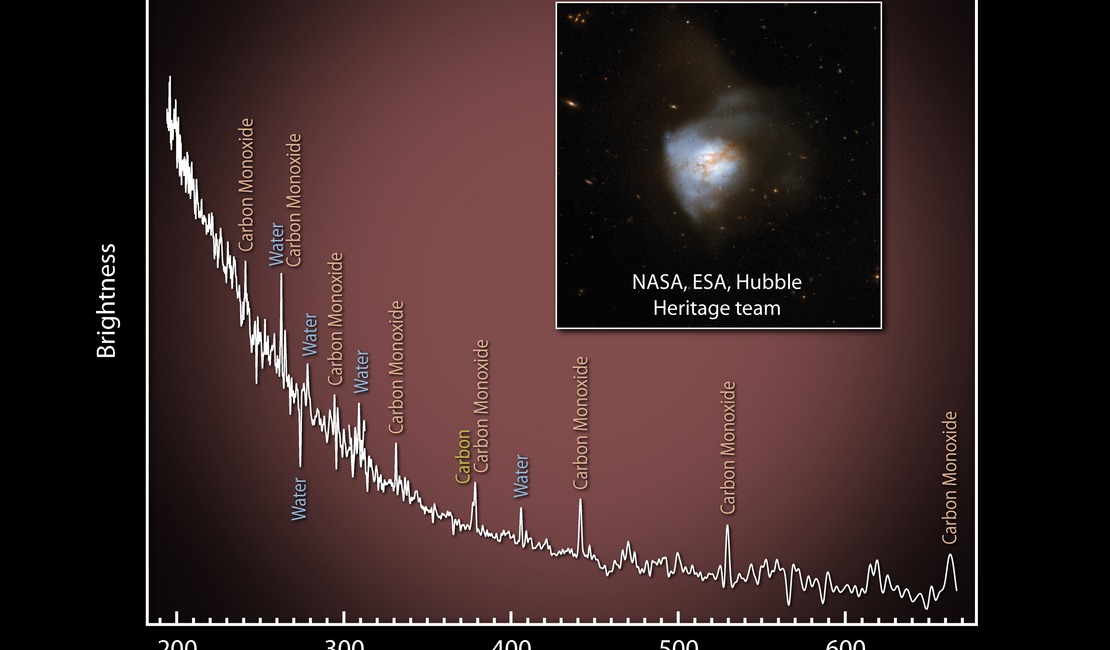 This is one of the early spectra obtained with the SPIRE fourier transform spectrometer on Herschel. Shown here is spectrum of Arp 220, a galaxy 250 million light years distant from Earth with very active star formation triggered by a merger between two large spiral galaxies (like the Milky Way and the Andromeda galaxy).

Arp 220 is an important template for understanding even more distant galaxies and galaxy formation in the early universe. This SPIRE spectrum shows many emission features of carbon monoxide (CO), and water (H2O) features are seen both in emission and absorption.

The inset is an optical image of Arp 220 made with the Hubble Space Telescope.

Previous infrared space missions discovered that collisions and mergers of gas-rich galaxies glow with the luminosity of a quasar. The far-infrared luminosity of these dust-shrouded mergers, known as Ultraluminous Infrared Galaxies (ULIRGs), is caused by extremely energetic starbursts, producing hundreds of new stars every year, as well as by accreting super-massive black holes in their active nuclei.

This SPIRE FTS observation was carried out as part of the performance verification of the observatory. The scientific rights of this observation are owned by the Nearby Galaxies Key Programme consortia, led by C. Wilson.