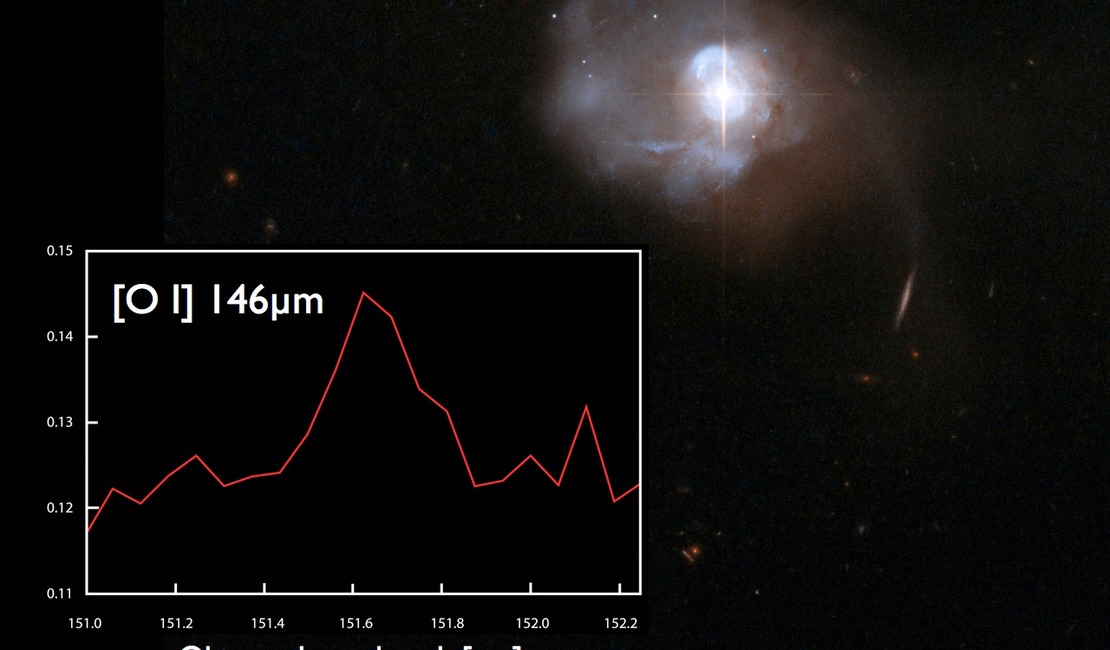 This is one of the early spectra obtained with the PACS integral field spectrometer on Herschel. Shown here is a spectral scan of one of the emission lines detected by PACS in the Ultraluminous Infrared Galaxy (ULIRG) known as Markarian 231.

Previous infrared space missions discovered that collisions and mergers of gas-rich galaxies glow with the luminosity of a quasar. The far-infrared luminosity of these dust-shrouded mergers, known as Ultraluminous Infrared Galaxies (ULIRGs), is caused by extremely energetic starbursts, producing hundreds of new stars every year, as well as by accreting super-massive black holes in their active nuclei.

In addition to immense continuum and strong molecular line emission, starburst galaxies also emit weak far-infrared spectral lines. This line emission from different atoms and ions is a signature from the neutral and ionized interstellar medium in galaxies and is important to diagnose the dust-enshrouded power sources in ULIRGs.

Markarian (Mrk) 231 has long tidal tails and a disturbed shape, a typical signature of colliding galaxies. It is located about 600 million light-years from Earth (in the constellation of Ursa Major).