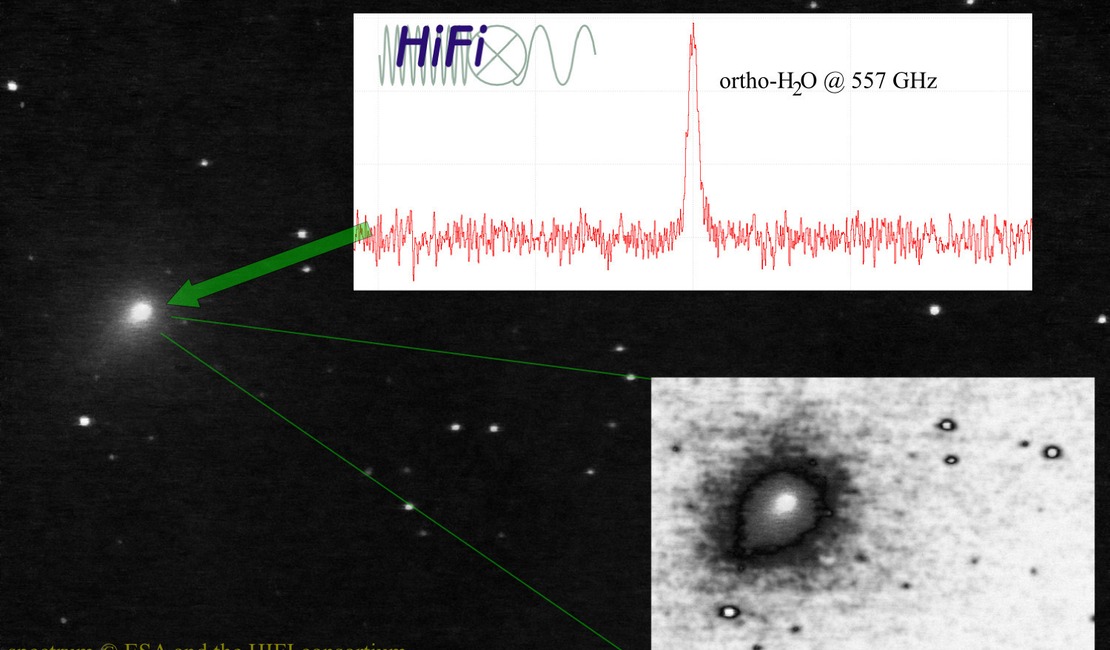 This is one of the early spectra obtained with the HIFI instrument on Herschel. In this spectrum of Comet Garradd the strong water line is clearly evident. HIFI studies will compare the characteristics of water and volatile organic molecules released by different comets in the Solar System as they approach the Sun.

Comets, amalgamations of small dust grains held together by ice, were formed some 4.5 billion years ago in cold, outer regions of the Solar system. For most of their history, comets dwell far from the Sun and hence, they represent a rather pristine record of the early conditions when the Solar System and the planets were formed. Comets may have contributed greatly to the inventory of volatiles such as water on the Earth and other terrestrial planets. Small perturbations in their orbit can propel comets inwards. When they approach the Sun, the increased heat sublimates the ice releasing water and other molecules into the vapour phase; this means that the composition and characteristics of the comet can be easily measured.